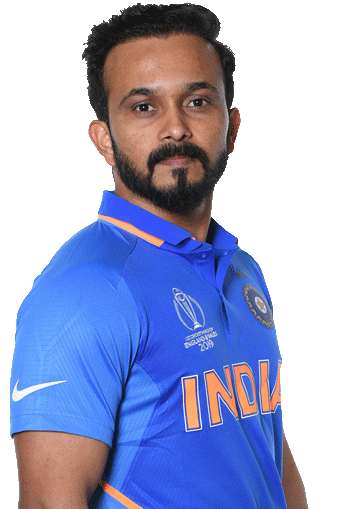 Kedar Jadhav was born on 26-03-1985 in Pune in the state of Maharashtra, India. He is an Indian Cricket Player.

Kedar Mahadev Jadhav a famous All-rounder Wicket-keeper, playing domestic cricket for Maharastra. He is a right-arm off-breaker and right-handed batsman. He has been part of Indian Premier League and had played for Royal Challengers Bangalore Kochi Tuskers Kerala, Delhi Daredevils, and Chennai Super Kings.
He was born in a middle-class family with 3 siblings, being youngest of all in Pune, Maharashtra. His native place is Jadhavwadi in Maharashtra. His sisters are well educated and hold an MBA, Engineering, and Ph.D. in English literature degrees. His father is retired clerk from Maharashtra State Electricity Board He turned towards cricket when he was in 9th grade.
He is currently located in the Kothrud area of Pune. He started playing at the PYC Hindu Gymkhana and was representing Rainbow Cricket Club in tennis ball cricket tournaments. In the year 2004, he was selected for the under-19 team for Maharashtra. Delhi Daredevils signed him in 2010 and he created an impact in his debut match in IPL by scoring 50 runs in just 29 balls against Royal Challengers Bangalore. Then new franchise Kochi Tuskers Kerala signed him for next season.
He scored 327 in the year 2012 in the Ranji Trophy at Maharashtra Cricket Association Stadium, Pune. He also played for the West Zone cricket team. and India A team. He got in the  Indian squad in 2014 for the  Bangladesh tour but didn’t get a chance to play. He made his international debut in cricket against Sri Lanka in 2014 at Ranchi. His first maiden ODI hundred was against England in 2017 and since then he has never looked back. He has cemented his place in the team for the 2019 World Cup. His stroke making has made him a valuable asset in the shortest format of the game as well and was picked by IPL team Chennai Superkings for a whopping 7.8 crores.

He was born to a retired MSEB clerk Mahadev Jadhav & Mandakini Jadhav in a Hindu middle-class family. He has three older sisters. He is married to cricketer Snehal Pramod Jadhav and together the couple is blessed with a daughter.