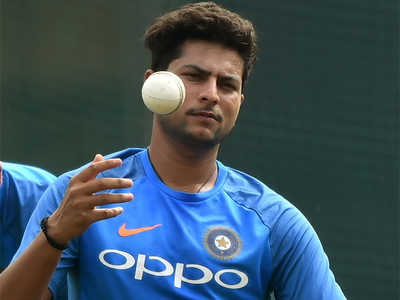 Kuldeep was born in Unnao in Uttar Pradesh. His father is a brick kiln owner and his mother is a homemaker. As a school student, Yadav was completely focused on his studies and performed very well at school.

His father introduced him to his first coach, Kapil Pandey, and Yadav’s life took a big turn that day. Impressed with the young lads’ turns and variations, Pandey decided to train him as a chinaman bowler.

On 25th March, 2017 – Kuldeep went onto make his test series debut against Australia. He also become the first ever left-arm wrist spinner who represented the country in test series. Right after three months in June, 2017 he marked his international ODI debut against West Indies.