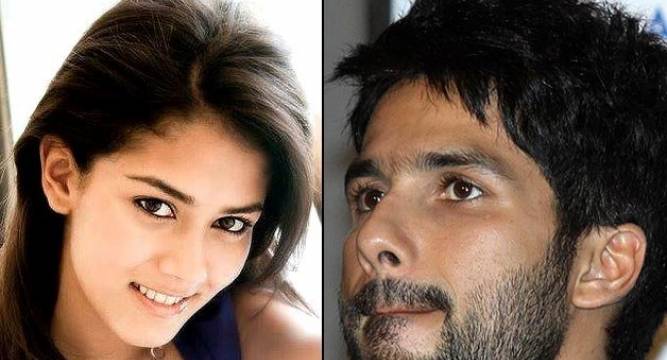 Shahid Kapoor, one of the most eligible bachelors of Bollywood town, was cautious of getting married to anyone in B-town after a series of high-profile affairs and break-ups with,likes Kareena Kapoor, Vidya Balan, Amrita Rao and Priyanka Chopra. Is it true that he wants to spend his life with Mira Rajput, 23-year-old Delhi girl who studied at the prestigious Lady Shri Ram College for Women?

Girls here is the good news for you it’s time you should stop crying on shahid being picked from the marriage market.

Apparently, all the rumors regarding Shahid Kapoor marrying Mira Rajput, a student of delhi university are not true.

Mira Rajput, a third year student of English (Honours) from LSR has denied the buzz about her marriage to the actor Shahid Kapoor.

In fact, while talking to her friends, the third year student went ahead and rejected the rumours of any impending wedding plans. Though several efforts to reach Ms. Rajput were in vain, a classmate of Ms. Rajput ultimately revealed, “Mira has clearly said that she is not dating or getting married to Haider Hunk Shahid Kapoor, who is older to her by 13 years. She did say, though, that Shahid is a family friend.”.

She moreover added, “Mira is a very reserved person, who prefers to hang out with a very few friends. She is a rather oriented and intelligent girl, who is quite outspoken about her thoughts.”.

An alumna of Vasant Valley School, New Delhi, Mira got the 10th rank in Delhi University’s CATE Exam. She has also interned with the United Nations in the past.