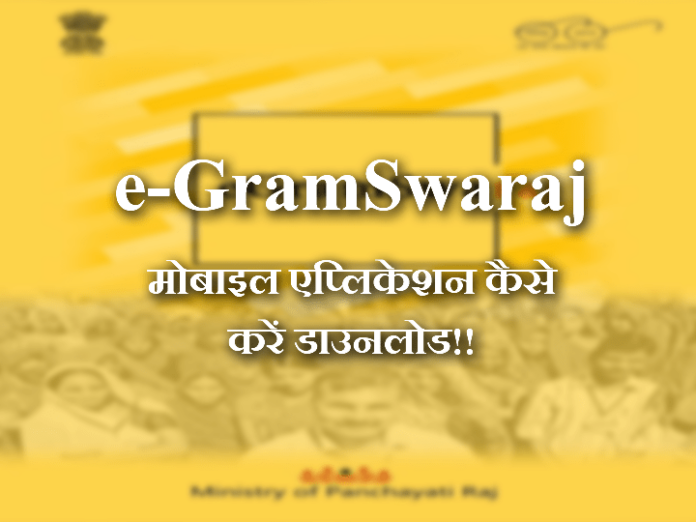 On the occasion of Panchayati Raj Day, the Prime Minister launched a new e-village Swaraj portal and app. Let’s know what are the features of this portal, how it will change the appearance of panchayats.

Amidst the Corona virus crisis, Prime Minister Narendra Modi addressed the heads of all gram panchayats on Friday. On the occasion of Panchayati Raj Day, the Prime Minister launched a new e-village Swaraj portal and app. Let us know what effect this portal will have on the nature of Panchayats.

What is e gram swaraj portal

E Gram Swaraj portal is a step to make Gram Panchayats digital. In future, it will become the only medium to keep an account of the Panchayat. Please tell that after this portal, there will be no need to work in different places.

Please tell that on this app all the information from the development works of the panchayat to the fund will be easily available. Through the portal, it will also be ascertained what work is going on in the panchayat of which sarpanch or where their plan or development work has reached. The government believes that the portal will bring transparency in government work. The Prime Minister has said that the village sarpanches are going to get a lot of power from the e village swaraj portal.

Owned ownership plan, learn about it

This means that the confusion and quarrels over property will end through the ownership plan. This will help in the planning of development schemes in the village. At the same time, you will be able to take loans from banks in the villages like the cities. For this, minimum documents will be sought from the villagers.