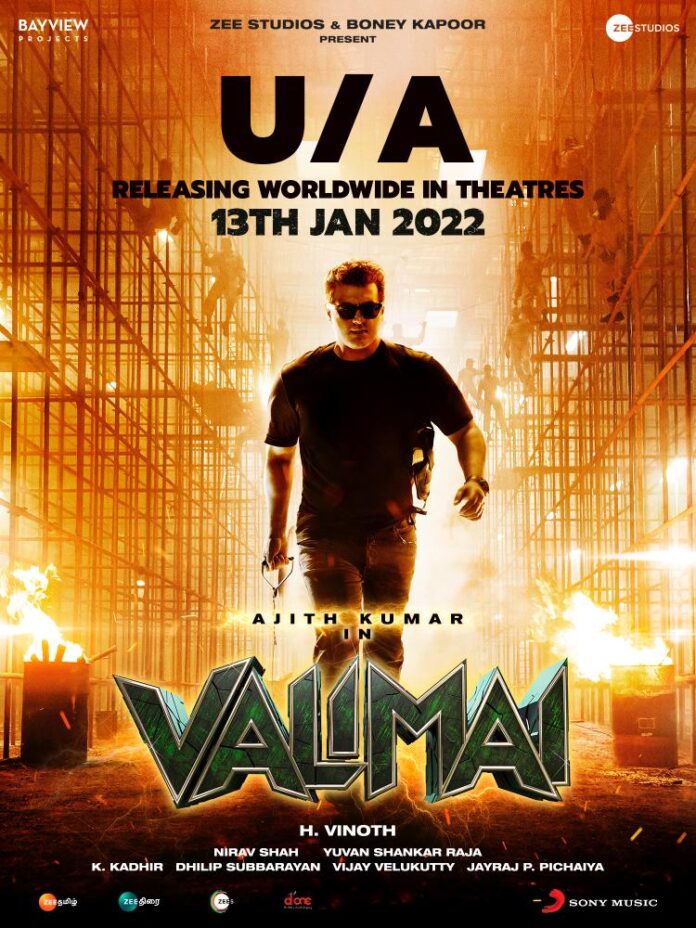 As the movie is getting close to it’s release all the movie buffs and the fans of Ajith have taken it to social media by showing their excitement through stories and posts. Fans are going crazy outside social media as well and making cutouts and posters of the films. The film distributors and theatre owners are experiencing overwhelming responses and positive pre-booking numbers.

Helmed by H Vinoth, Valimai features Ajith as a cop. The cast also includes actors Huma Qureshi, Karthikeya Gummakonda and Yogi Babu, among others. Bankrolled by producer Boney Kapoor, the release of the film has been postponed multiple times due to the pandemic.

Fans who are continuously asking for vilamai’s update have very high expectations from the movie as it is Ajith’s biggest blockbuster of this year and they have to see how the cop character played by Ajith in this movie is different from all the other cop characters he has done in the past.

And just when the movie was hours away from the release the makers released another action-packed trailer, Featuring high-octane stunt sequences of Ajith along with the film’s tagline ‘Power is a state of mind’, the makers wrote: “Power will unleash tomorrow with #Valimai! Releasing in Tamil, Telugu, Kannada, and Hindi on 24th February 2022.”

‘Broken But Beautiful 3’ actress helped the needy with wedding money,...