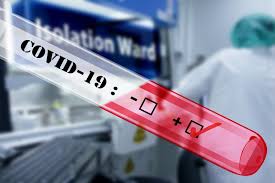 Around 40 corona patients have been reported missing; none of them were found at hospitals or their homes. The jurisdiction has announced that these patients are being traced currently.

As per the reports, these people had provided incorrect mobile numbers and addresses in the labs where they were sampled.

Chief medical officer Dr KK Verma said that several patients provide them with wrong phone numbers and addresses which makes it difficult for the authorities to trace them.

Several sources state that many corona positive patients have been missing since the past 15 days. The health department came to its senses only when the number of disappeared patients went up to 40, to estimate the seriousness of this situation.

No cabs & autos and metro choked, many walk miles, Delhi...

Rhea Chakrabarty in Jail Without a Pillow, Bed or a Fan