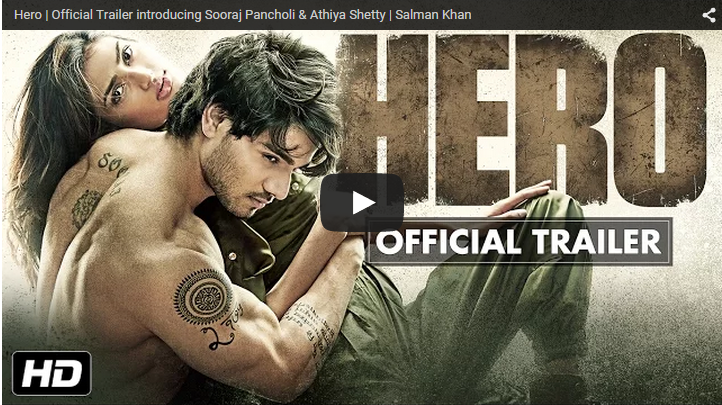 The trailer of the Movie “HERO” is launched by Salman Khan, He is the producer of this action-romantic film ‘Hero’, which stars newcomers Sooraj Pancholi and Athiya Shetty. The trailer was released by Salman Khan at an event in Mumbai. He further took to Twitter, saying, “Ye raha trailer…#herotrailer”. As soon as the trailer was unveiled, #HeroTrailer started trending on Twitter. Watch the trailer below.