On the 50th anniversary of Earth Day, Google has dedicated its doodle to bees, the smallest and most important creature on Earth. It was first celebrated in the year 1970.

Earth Day is an annual event which is celebrated across the world today i.e. on 22 April for environmental protection. It was first celebrated in the year 1970. This year marks 50 years of Earth Day where its theme ‘Climate Action’ has been kept. “Earth Day or Earth Day” is observed to protect the environment. This movement was given this name by Julian König in 1969. With this, the 22nd of April was chosen to celebrate it. 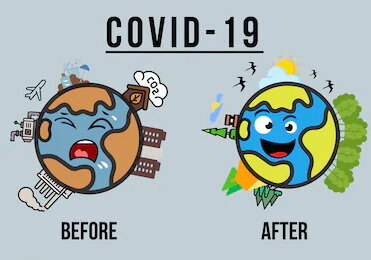 Today, on the 50th anniversary of Earth Day, Google has dedicated its doodle to bees, the smallest and most important creature on Earth. The doodle also has a bee with a “play” option button. As soon as the users click on it, a short video will play which highlights the importance of bees as they contribute two-thirds of the world’s crops through the method of pollination.

Apart from this, there is also a small game in which users can learn fun facts about bees and our planet how bees sit on flowers and carry life forward.

The doodle has been created with the hope that people all over the world understand the importance of bees on the earth and humanity.