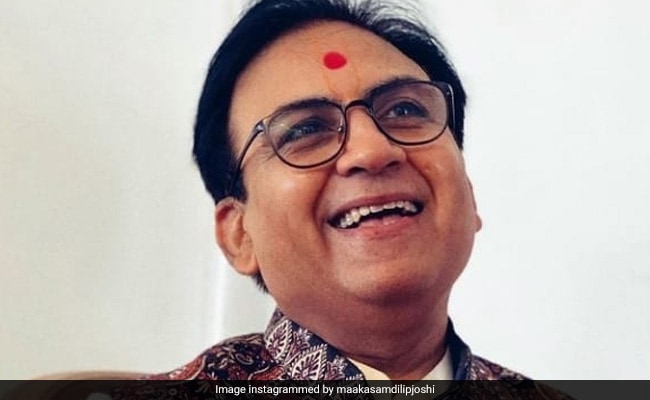 The most famous comedy show of the world, ‘Taarak Mehta Ka Ooltah Chashmah’, is popular among the audience. For the past 13 years, this show has been entertaining people. The character of Tarak Mehta Ka Ooltah Chashma (TMKOC) is also popular in the house. Then whether it is Jethalal or Dayaben, Bapuji or Sodhi. There is a tremendous fan following of all the characters. Today is the birthday of Bollywood and television actor Dilip Joshi. Dilip Joshi means Jethalal of Tarak Mehta’s inverted glasses. Dilip Joshi is celebrating his 53rd birthday. Jethalal is the owner of Gada Electronics at the show. His comedy is very well liked in the show.

Jethalal i.e. Dilip Joshi was born on 26 May 1968 in Porbandar, Gujarat. Dilip Joshi was very fond of acting since childhood. He started doing theater only at the age of 12. After which he started acting with Salman Khan’s famous film Maine Pyaar Kiya but his role in the film did not go unnoticed. Dilip Joshi has worked in films like ‘Hum Aapke Hain Kaun’, ‘Phir Bhi Dil Hai Hindustani’, ‘Khiladi 420’, ‘Hamraj’, ‘Dil Hai Tumha’. Also, he has also worked on small screen with serials like ‘Kabhi Yeh Kabhi Woh’, ‘Kya Baat Hai’, ‘Dal Mein Kaala’, ‘Cora Paper’, ‘Do Aur Do Paanch’.

They have struggled a lot. He played small characters in many serials and films, but success was not achieved. Later in 2008, the comedy show ‘Taarak Mehta Ka Ooltah Chashmah’ changed his fortunes completely. This serial started on SAB TV in 2008. After which Dilip’s career skyrocketed. His character was well liked in the show. Today, in every house, he is known as Jethalal.

Aadhaar Card: Should be the compulsory document for welfare schemes?

Home Remedies For Acidity: Acidity can be overcome by consuming these...