Amidst the fears and concerns of the third wave

, the question is coming to the fore whether the first and second vaccines are available. Can the gap of 85 days between the first and second vaccine dose become a hindrance in this path? Statistics show that there is a need to increase the number of people who have taken both doses of the vaccine. Both doses of the vaccine are believed to be effective measures for a possible third wave and ‘war’ against the virus.

things needed for the ‘war’ against the third wave of corona
1.

The effectiveness of the vaccine is believed to be better with both doses than with one dose.
2. both of the vaccine The dose has been found to be three times as effective as a single dose in terms of results. 3.

The biggest concern facing India right now is that only a very small percentage of the population (4%) have been able to get both doses of the vaccine while 18 Percent has taken only one dose A.

5. The official figures given below are pointing to the figures and concerns related to each state. In states like UP, Bihar, Jharkhand, Meghalaya, Nagaland and Manipur, only two percent of the population has received both doses. Whether 18 percent effectiveness is enough to stop the third wave of corona, most medical experts say 33 Percentage effectiveness is very low. 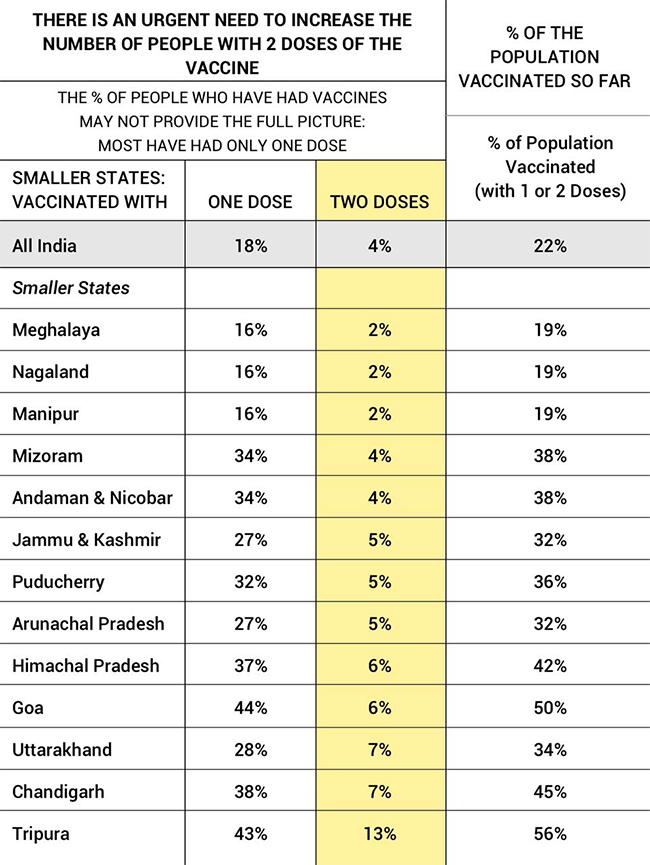 DHFL Bank Fraud : Biggest bank scam in the history of...