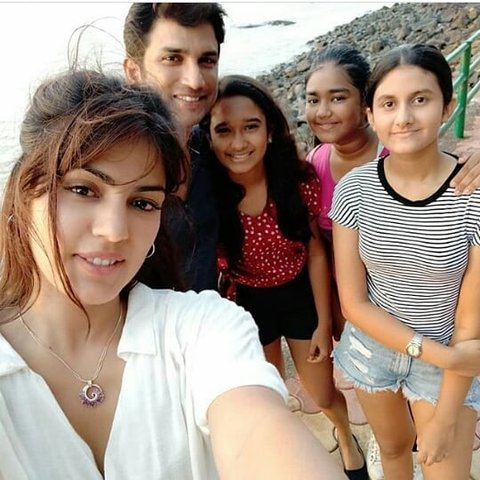 Sushant Singh Rajput death case has now taken a new turn. In fact, the late actor’s father lodged an FIR against the actress and Sushant’s girlfriend Rhea Chakraborty at the police station in Rajeevnagar, Patna. News agency ANI tweeted about this. Inspector General of Patna Central Zone Sanjay Singh said that an FIR has been lodged against actor Riya Chakraborty under various sections including abetment for suicide on the complaint of Sushant Singh Rajput’s father. Explain that besides the members of Riya’s family in the FIR, the names of six other people are also there. Sushant’s father has made 16 serious allegations against Rhea. 1- First Sushant Singh Rajput’s father alleged that his son came to know only after meeting Riya (Rhea Chakraborty) that he was mentally ill until he was completely fine.

2- The father has claimed that Riya (Rhea Chakraborty) used Sushant and his stardom to gain professional benefits.

3- In the FIR, Sushant Singh Rajput’s father alleged that whenever Sushant received a call for the film, she demanded to be the lead actress.

4. Father accused actress Rhea Chakraborty that he used Sushant’s money and exploited him financially using his debit and credit card.

5- The actor’s father accused Riya that he had given Sushant an overdose of medicines for mental illness and in 2019 spread rumors that he had dengue.

6- Sushant Singh Rajput’s father wrote in the FIR that Riya used to blackmail the actor.

7- Sushant wanted to start organic farming in Kerala but Riya did not allow him to do so.

8- He blackmailed Sushant Singh Rajput that by sharing his medical report in the media, he will tarnish his image.

9- Sushant’s father accused Riya that he drove his son away from him.

10- It was alleged in the FIR that Riya had also changed the SIM card of Sushant, so that he could not contact his family.

11- Even Riya had replaced Sushant’s house staff and his trusted people with his people.

12- Sushant’s father accused Riya (Rhea Chakraborty) that he had transferred Rs 15 crore from the actor’s account to the bank accounts of unknown people.

13- The father also claimed that his son was taken hostage by Riya and his family, and together they were making him mad.

14- In the FIR it was claimed that when Sushant and his father had a conversation, the actor told him that he was very scared that he would be sent to Mental Hospital.

15- A few days before Sushant Singh Rajput took this step, Riya left his house, and took a lot of valuables like laptop, jewelery, credit card, debit card and medical report of Sushant.

16- Sushant’s father also claimed that his son was forced to take the wrong medicines.