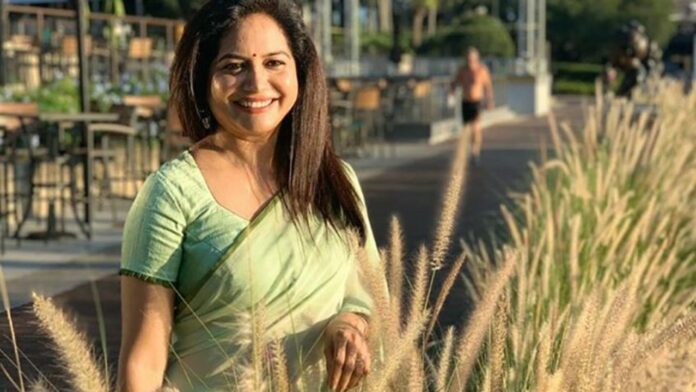 Sunitha Upadrashta got engaged to entrepreneur Ram in a private ceremony on Monday. Ram is reportedly a senior executive from a Telugu digital media house. 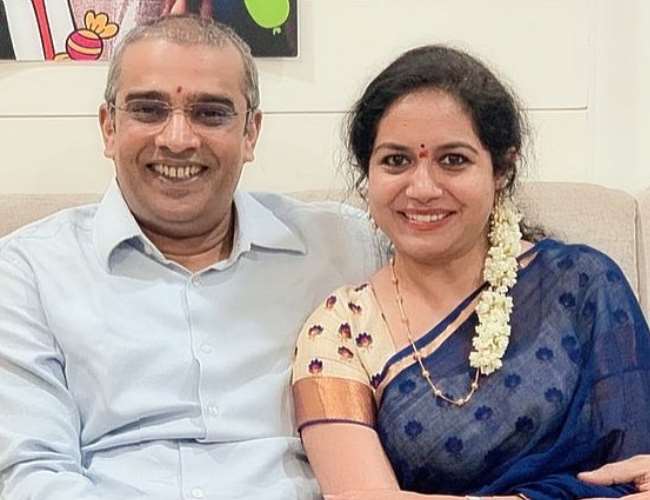 Sunitha Upadrasta was born on 10 May 1978. She is a playback singer, anchor, host, dubbing artist & actress in the Telugu film industry,
Her parents Upadrasta Narasimha Rao and Sumathi are music lovers.She got married at the age 19 with Kiran, later got divorced. They have 2 kids boy is akash and daughter Shreya.

At the age of 6, got training in music from Pemaraju Surya Rao in Carnatic Vocal. Sunitha Upadrashta has sung over 3000 songs for Telugu, Tamil, and Kannada film industry and became one the well-known and recognized singer in the South Indian film industry. She has started her singing career as a playback singer at age of 17.
She also made her debut in the Kannada industry with the song “Kesari Haravu” in 1997. Sunitha Upadrashta won many awards for her brilliant singing skills