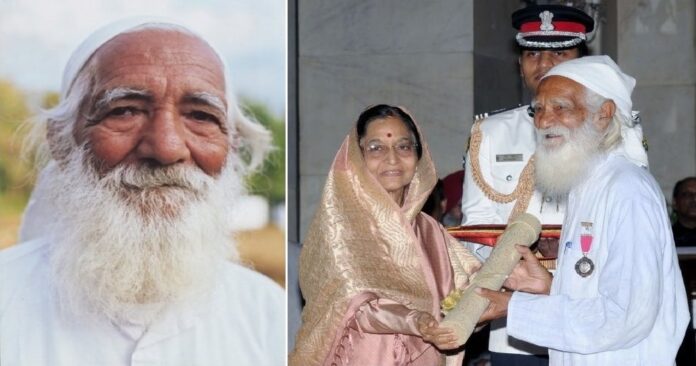 Sunderlal Bahuguna (born 9 January 1927) is a noted Garhwali environmentalist.He is has started Chipko movement and a follower of Mahatma Gandhi’s philosophy of Non-violence and Satyagraha. This idea of chipko movement was of his wife “Vimla Bahuguna” and the action was taken by him. For years he has been fighting for the preservation of forests in the Himalayas, first as a member of the Chipko movement in the 1970s, and later spearheaded the Anti-Tehri Dam movement starting 1980s, to early 2004. He was one of the early environmentalists of India, and later he and people associated with the Chipko movement later started taking up environmental issues, like against large dams.He was awarded the Padma Vibhushan, India’s second highest civilian honour, on 26 January 2009.