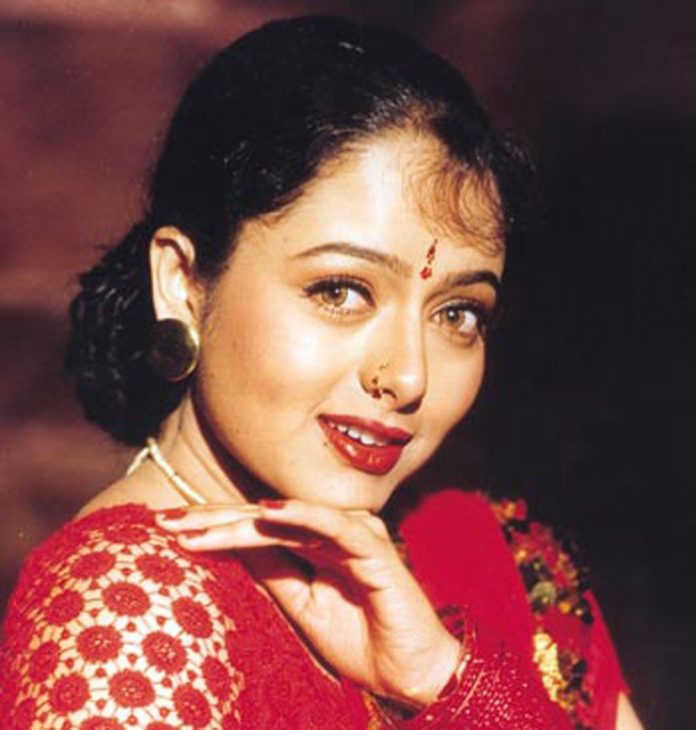 Soundarya was born on 18-07-1972 in Mulbagal, Kolar in the state of Karnataka, India. She was an Indian Film Actress & Film Producer who known for her work in Telugu, Kannada, Tamil, Malayalam and Hindi films.

Soundarya’s birth name was Soumya. Soundarya enrolled for MBBS and while she was in her first year, she was offered a role in Kannada film titled Gandharva in the year 1992. After her Telugu film, Ammoru was declared hit at the box-office, she left her studies to build a career in acting.
She after discontinuing her studies, moved to Telugu cinema where she garnered immense success and popularity. She was the biggest female star of Telugu film industry until her death in the year 2004. She was paired opposite all the leading stars of Telugu silver screen like Nagarjuna, Balakrishna, Venkatesh and Chiranjeevi among others.

Soundarya died on 17-04-2004 in Bengaluru, Karnataka, India. She died in an aircraft crash while she was going for the upcoming elections for the Bharatiya Janata Party. At the time of her death, she was pregnant. She was born to K. S. Satyanarayan & Manjula Sathyanarayana. She married her childhood friend and a distant cousin named G. S. Raghu on 27-04-2003.