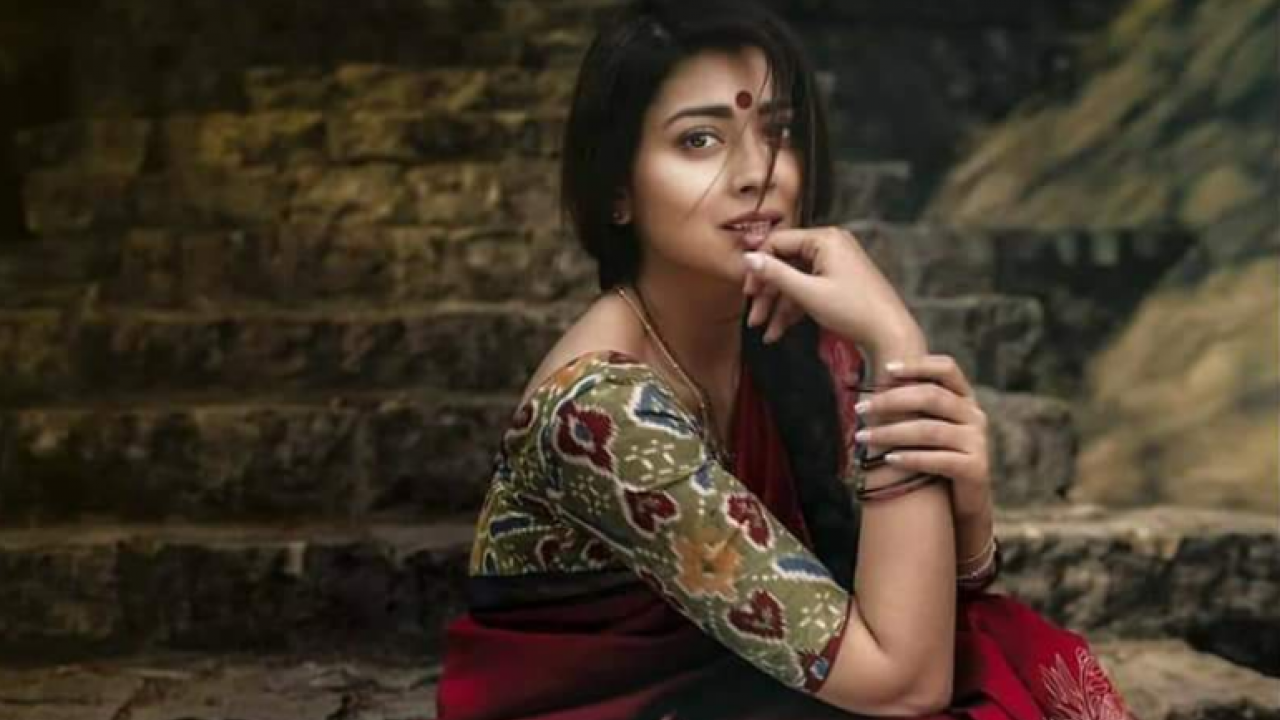 Shriya Saran is a Bollywood film actor. She started her career, acting in music videos, whereas also appearing an acting studio to follow her dream to perform. After her entrance in 2001 with Ishtam, she gained Telugu cinema’s consideration in 2002 by playing the role of Bhanu in Santhosham, her first great hit.

Following the film she performed in various Telugu films with popular actors, at the same time as, also making in-roads in Bollywood as well as the Tamil film industry. In 2007, Saran became a national figure after her acting together with Rajinikanth in Sivaji: The Boss, after which she signed many Bollywood, Kollywood and also a Hollywood film.

Shriya’s first chance to perform in front of the camera came whilst she was studying in her second year at the LSR College in Delhi, which she left to partake for the shoot. Saran’s first debut was in the music video of Tirakthi Kyon Hawa by Reenu Nathan, in which she got an opportunity to act by her dance teacher who had recommended her.

The video shot at Banaras gave her recognition, instigation Ramoji Films to offer her the lead role of Neha in their film Ishtam featuring and directed by new comers. Saran in spite of wanting to only try one film finally hurled to fame. Before the release of Ishtam, Saran contracted three mega-budget films; Santosham, NuvveNuvve and Tagore with the industry’s top stars, Nagarjuna, Tarun and Chiranjeevi, respectively.

Saran was born in Haridwar and spent most of her life in a small colony at the feet of the Shivalik range. Her father, Pushpendra Saran works for the public-sector Bharat Heavy Electricals Limited while her mother, Neeraja Saran was a chemistry teacher at the Delhi Public School, which Saran had joined.

She got married to her Russian boyfriend Andrei Koscheev in a private ceremony at her Mumbai home on March 12, 2018.