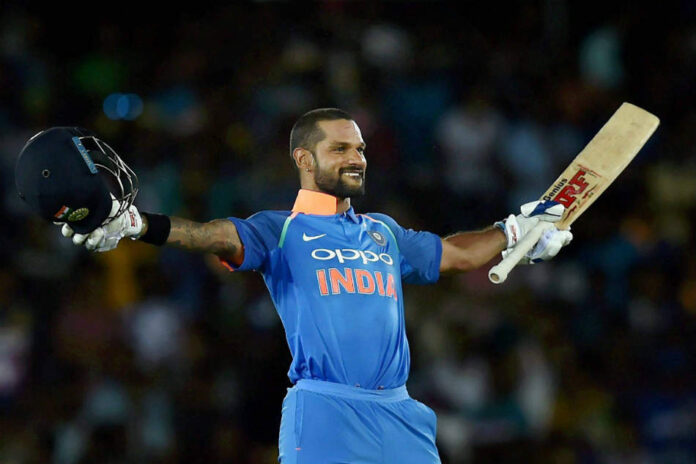 Shikhar Dhawan is an Indian international cricketer. He also became the first player in the history of IPL to score two centuries in a row. Shikhar received the ‘Player of the Tournament award for his superior performance in the 2013 ICC Champions Trophy.

Dhawan made his ODI debut in October 2010 against Australia in Visakhapatnam. His Test debut came in March 2013 against the same opposition in Mohali, where he scored the fastest century by any batsman on Test debut and ended his innings with 187 runs in 174 balls.

Apart from his stylish batting, Shikhar is also known for his stylish mustache and hairstyle. His friends fondly call him “Gabbar”.

Shikhar Dhawan was born on 5 December 1985 in a Punjabi Hindu family. Dhawan was born in a Kshatriya family to Mahendra Pal Dhawan and Sunaina Dhawan. He has a younger sister Shrestha, who got married in 2017.

He did his schooling at St Mark’s Senior Secondary Public School in Paschim Vihar, Delhi. Watching his cousin play for the sonnet club, he developed an interest in cricket, after which his parents enrolled him in the sonnet club at the age of 12. His coach Tarak Sinha trained him in cricket. Initially, he was the wicketkeeper in the club, but later he transformed himself into the opening batsman. He scored a century in the Under-15 tournament for the club. Since then, he practiced a lot to become a good cricketer. He was often overlooked by the selectors when he was playing domestic cricket, due to which he once made up his mind to quit the game. 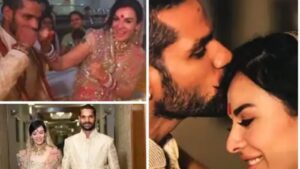 Shikhar Dhawan married former kickboxer and Melbourne-based Ayesha Mukherjee on 30 October 2012 in Vasant Kunj, New Delhi. Their son Zoravar was born in the year 2014. However, Ayesha is already divorced and has two daughters named Riya and Aaliyah from her ex-husband. However, after nine years of marriage, Shikhar Dhawan and Ayesha Mukherjee separated in September 2021. , In 2014, their son Zoravar was born.

He first played for Delhi Under-16s in the 1999/00 Vijay Merchant Trophy. He scored 755 runs in 9 innings at an average of 83.88 with two hundred and a top score of 199. In February 2001, Shikar got a chance to play for the North Zone Under-16 team for the Vijay Hazare Trophy. In October 2001, he was included in the Delhi Under-19 squad at the age of 15 for the Cooch Behar Trophy. In October 2002, Dhawan was again selected in the Delhi Under-19 squad for the Cooch Behar Trophy, in which he scored 388 runs in 8 innings at an average of 55.42. In November 2004, he made his first innings debut against Andhra in the 2004–0 season of the Ranji Trophy, scoring 49 runs in his first innings. In 2005, he made his List A debut against Jammu and Kashmir. He was selected in India’s senior squad for the Challenger Trophy in February, opening the innings with future Indian teammate MS Dhoni against India B. In April–May 2006, he represented India A in the Eurasia Cricket Series. In February–March 2008, he was the second highest run-scorer in the Vijay Hazare Trophy (earlier known as the Ranji One-Day Trophy). In October 2009, he played for India Red in the Challenger Trophy. In February 2010, he played five matches for Delhi for the Vijay Hazare Trophy and scored the highest runs for his team. In June-July 2010, they toured England. In October 2010, he was selected in the Rest of India squad to play against defending Ranji champions Mumbai in the Irani Cup. In October 2011, while playing for the Rest of India against Rajasthan in the final of the Irani Cup in Jaipur, In the first innings, he scored 177 off 165 balls, and in the second innings, he scored 155 off 126 balls. In June 2012, India A toured the West Indies to play 3 four-day matches, 3 List A matches, and two T20Is against the West Indies, and Dhawan was included in India A squad. In October 2012, he played for India A in the Challenger Trophy. In the first match against Bengal, he scored an unbeaten 99 to help India A chased down a target of 194 for the loss of two wickets and win the man of the match title. 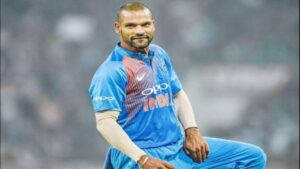 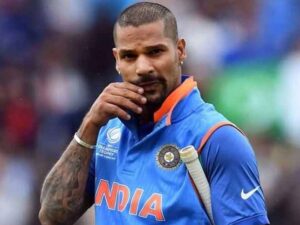