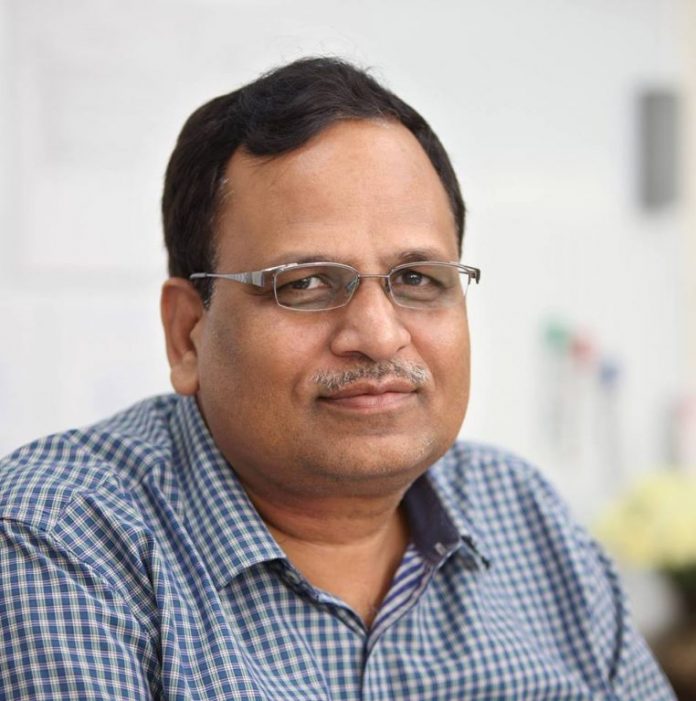 Satyendar Kumar Jain is a Cabinet Minister in the Government of Delhi and a politician from the Aam Aadmi Party. He is one of the seven cabinet ministers in the Government of Delhi led by Arvind Kejriwal. His portfolio includes Health, Industries, Home, Public Work Department, Power, Urban Development, and Transport. He is currently in his second term as Delhi Health Minister, having previously served as Health and Industries Minister from 28 December 2013 to 14 February 2014 in the previous AAP Government. Jain is an architect by profession.

Satyedar Jain was born in Village Kirthal, District Baghpat, Uttar Pradesh. He did his schooling from Ramjas School, No.2, Delhi, and completed Graduation in Architecture from the Indian Institute of Architects.

Satyendar Kumar Jain began his foray into politics after becoming involved with Anna Hazare’s movement against corruption. Prior to his involvement with politics Jain worked at the Central Public Works Department (CPWD), later quitting the job to set up an architectural consultancy firm. Jain has also been involved in work with social welfare organizations; he has been involved with Drishti, an organization working to help the visually impaired and SPARSH, an organization dedicated to the empowerment and welfare of the physically & mentally challenged. He served as Health and Industries Minister in the first AAP Government from 28th December 2013 to 14th February 2014. He was re-elected from Shakur Basti Assembly Constituency in the recent Assembly elections and is presently serving as Minister of Health, Power, PWD, I&FC, Urban Development, Industries, and Home, Government of NCT of Delhi. Recently the Shunglu Committee report accused Mr. Jain of Nepotism and Procedural misconduct. CBI investigated his hiring of his daughter to help support AAP’s healthcare initiative, AAP has called this harassment by CBI to derail development in the sector. CBI relented and closed the case as it discovered that his daughter worked for free and did not use any government resources.Mr. Jain won for the third time in a row from Shakur Basti Assembly with a margin of 7,592 votes. He is also said to be a close aid of Hon’ble CM Arvind Kejriwal.

Satyendar Jain lived with his family in Saraswati Vihar in North West Delhi and now in a government bungalow in Civil lines. Jain’s father a retired teacher, moved to Delhi after Jain’s birth from his hometown Kirthal in Baghpat tehsil, in the state of Uttar Pradesh.