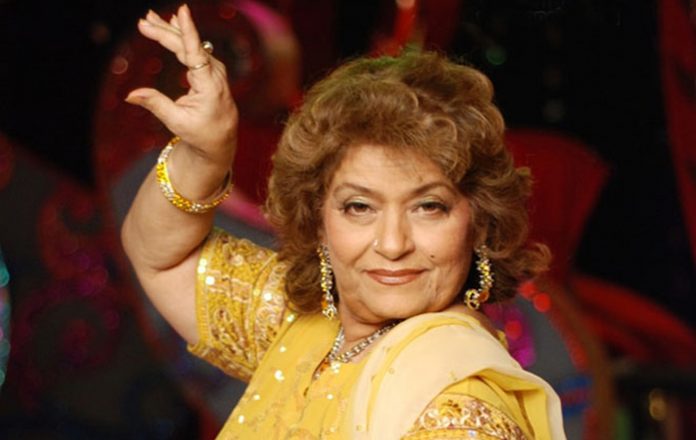 Saroj Khan was born on 22-11-1948 in Mumbai in the state of Maharashtra, India. She is an Indian Choreographer, Dancer, Television Personality & Writer who well known for her work in Bollywood.

Nirmala Kishanchand Sadhu Singh Nagpal, known by her professional name ‘Saroj Khan’ is one of the best dance choreographers from India, working in Hindi cinema. This lady had made almost all the Bollywood stars to dance on her steps. She has choreographed over 2000 songs.

She began working at the very young age of 3. She worked as a child artist and played a character of ‘Shyama’ in the movie Nazarana. She entered the field of dancing and started working as a background dancer in 1950. She got dance lessons from her future husband B. Sohanlal. She later moved to choreography and started working as an assistant choreographer. Geeta Mera Naam was her first film in which she choreographed independently in 1974. She struggled for the time but the song ‘Hawa Hawai’ featuring Sri Devi from the movie ‘Mr. India gave her name and fame. Later she worked for movies Nagina and Chandni.

She bounced back with a famous hit song choreography featuring Madhuri Dixit,’ Ek Do Teen’ from the movie Tezaab in 1988. Songs ‘Dhak Dhak Karne Laga’ from the movie’ Beta’, ‘Tamma Tamma Loge’ from the movie ‘Thanedaar’ were her one of the best songs from the 1990s. After that, she never looked back and made her place on the list of successful choreographers of the era.

She was born to Noni Sadhu Singh and Kishanchand Sadhu Singh. She shifted to India after partition along with her family. She married an already married person with 4 children, B. Sohanlal (A famous dance master during that period) at the age of 13 whereas her husband was 41. The couple has a son Hamid Khan, popularly known as Raju Khan (choreographer) when she was 14. The couple divorced and again reunited. They had a daughter Hina Khan. Again issues were there in the marriage and after her husband left, she remarried Sardar Roshan Khan and has a daughter Sukaina Khan from the relationship. Sukaina Khan has a dance institute in Dubai.
https://www.youtube.com/watch?v=UCBUOnfJisk