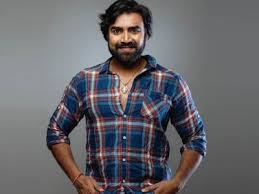 Sandeep Nahar was an actor who featured in popular movies such as MS Dhoni and Kesari. He also did Punjabi music videos he played odd roles in top TV serial such ae CID, Crime Patrol, Diya Aur Bati and many more.

Sandeep belongs from Kalka,Haryana his father name is Vijay Kumar and mother is Sushma Rano, he was born of 25th December 1987 he loved drama since childhood and participated in many School functions. Sandeep Nahar was married and his wife name is Kanchan.

He started his career in 2008 in Punjabi music videos he moved to Mumbai in 2009 and worked for job here and there like a bouncer in a club and small roles in TV serials he played many roles in top TV serials his movie debut started with a Punjabi movie Happy go Luckily, where he played a negative role of Rocky.His big Bollywood debut was MS Dhoni alongside late Sushant Singh Rajput

his role too small was very memorable since he played the role of the Sushant Singh friend Paramjit Singh that own the sports shop. In 2018 he also played the role of Sikh Sardar in the movie Kesari his last movie as per some reports was khandani shafakhana starring Sonakshi Sinha

Sandeep Nahar died on 15 February 2021 he was found dead in his house in Mumbai and Death was allegedly a suicide. Before sucide he posted a long video and a suicide note where he talks about his personal and professional problems he says that no family member is to blame in the note he talks about his troubles with his wife and how he had these thoughts even before.