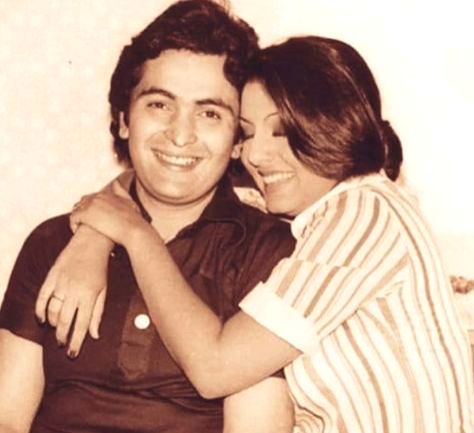 Chirag Rishi Kapoor of Kapoor family went away today by saying goodbye to the world. He breathed his last at a hospital in Mumbai on Thursday. Amitabh Bachchan informed about the demise of Rishi Kapoor.

Rishi Kapoor’s friend, relative and superstar Amitabh Bachchan tweeted on Thursday and informed about the death of Rishi Kapoor. He wrote, ‘He went. Rishi Kapoor went. He just died. I am broken.

On behalf of the Kapoor family, Randhir Kapoor, brother of Rishi Kapoor, also informed about the demise. Rishi Kapoor was admitted to HN Reliance Hospital by his family on Wednesday.

On Wednesday night, Rishi Kapoor had trouble breathing, after which he was taken to the hospital. During this time, Rishi’s wife Neetu Singh, brother Randhir Kapoor and other family members were present in the hospital.

A message was issued on behalf of the Kapoor family that Rishi Kapoor breathed his last at 8.45 am on Thursday. He was fighting the disease called leukemia for the last 2 years. The hospital tried for them till the last moment. Last year, when he came back after getting treatment from abroad, he was very happy and wanted to meet everyone. But this disease could not go away.

On 29 April, Hindi cinema lost actor Irrfan Khan. Now, on April 30, 1 day after the death of Irrfan Khan, Rishi Kapoor said goodbye. Giving back to back two veteran actors is a big setback for the film industry.

Chirag Rishi Kapoor of Bollywood’s biggest family Kapoor family, tried his luck in films following the path of his family. He made his Bollywood debut with the film Bobby in 1973 and since then he has been ruling everyone’s hearts. However, Rishi Kapoor has appeared in the role of a child artist in Raj Kapoor’s film Mera Naam Joker in 1970.