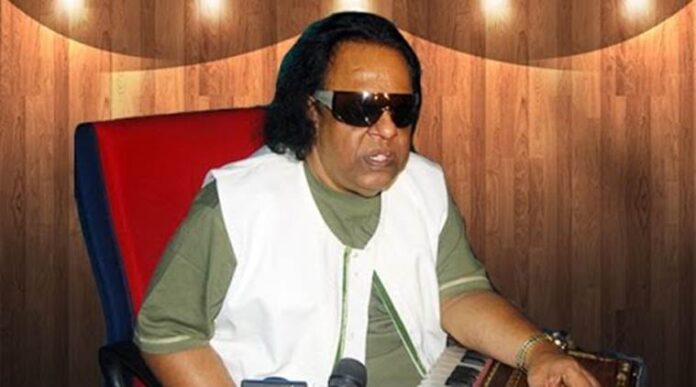 Ravindra Jain was born on 28-02-1944 in Aligarh in the state of Uttar Pradesh, India. He was an Indian Composer, Lyricist & Music Director who known for his work in Bollywood and Malayalam films.

From a very young age, Ravindra used to sing Bhajans at the nearby temples. To nurture their son’s talent, their parents enrolled him for formal training in classical music under the guidance of Janardhan Sharma, G.L. Jain, and Nathuram.
Ravindra made a remarkable debut in Bollywood with the film Saudagar. The songs of the film became an instant hit and Sajna Hai Mujhe was the biggest hit song of the film. Ravindra was arguably one of the finest music directors of Bollywood during medieval ages. Some of his noted works include Saudagar, Chit Chor, Ram Teri Ganga Maili, Geet Gaata Chal and Vivah among several others.
He was well-known for his long-term association with Rajshree Productions. He is best known for giving opportunities to budding singers like Hemlatha, K.J. Yesudas, and various others. A maximum number of hits that Yesudas gave belonged to Ravinder Jain including his only Filmfare and National awards. He was known for his association with legendary singers like Mohd Rafi and Kishore Kumar. It has to be taken into consideration that Ravinderji is blind, yet achieved something which not many in this have and that is because of his sheer hard work and dedication. In addition to singing and composing, he also writes his own lyrics.

Ravindra Jain died on 09-10-2015 in Mumbai, Maharashtra, India. He died from multiple organ failures in the hospital at the age of 71.

Ravindra Jain was born to Kiran Jain and Pandit Indramani Jain. Ravindra Jain married Divya Jain and together the couple had a son named Aayushman Jain.