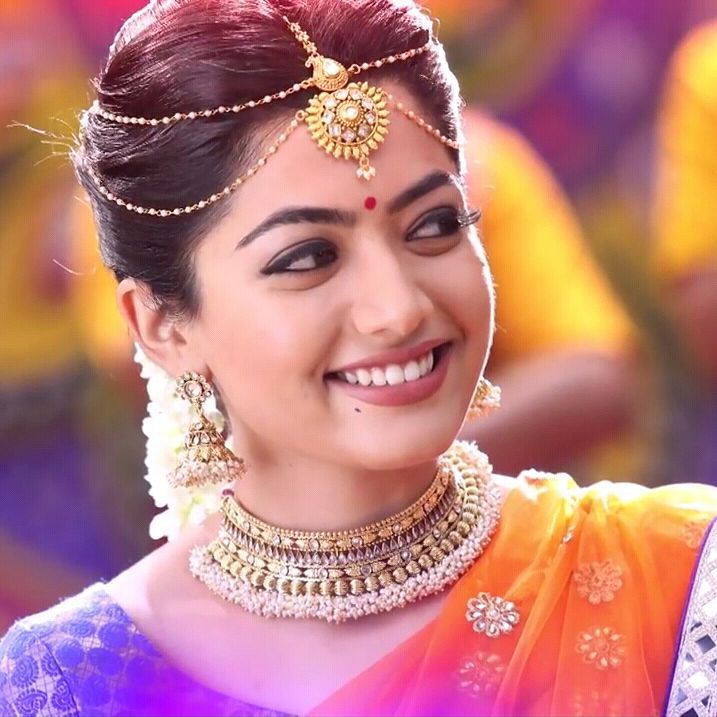 Rashmika Mandanna is an Indian model and actress who appears predominantly in Kannada and Telegu and films.

Rashmika was born on 5 April 1996 in Virajpet,a town in Kodagu,District of Karnataka. She completed her schooling from Coorg Public School, She completed her pre-university course in PSE Institute of Technology. She has a bachelor’s degree in Psychology, Journalism and English Literature from M.S.Ramaiah College of Arts,Science and Commerce.Along with her studies she was doing modelling and appeared in a couple of advertisements.

She started her career as a model but, In the year 2016 She stepped into the world of Indian cinema with a Kannada movie “Kirik Party”. She made her first screen debut in Kirik Party (2016) as Saanvi Joseph.

She starred in the commercially successful films such as Kirik Party (2016),Anjani Putra (2017),Chamak (2017),Chalo (2018) and Geetha Govindam (2018). Consecutive success of films, making her one of the most sought-after actress in South Indian Film Industry.

Her father’s name is Madan Mandanna and the name of her mother is Suman Mandanna. She has a youngest sister Shiman Mandanna, who is studying in primary school at Kodagu.

In 2016,Rashmika met Rohit Shetty at the set of Kirik Party and they started dating each other.In July 2017,they got engaged in a private ceremony in her hometown Virajpet.