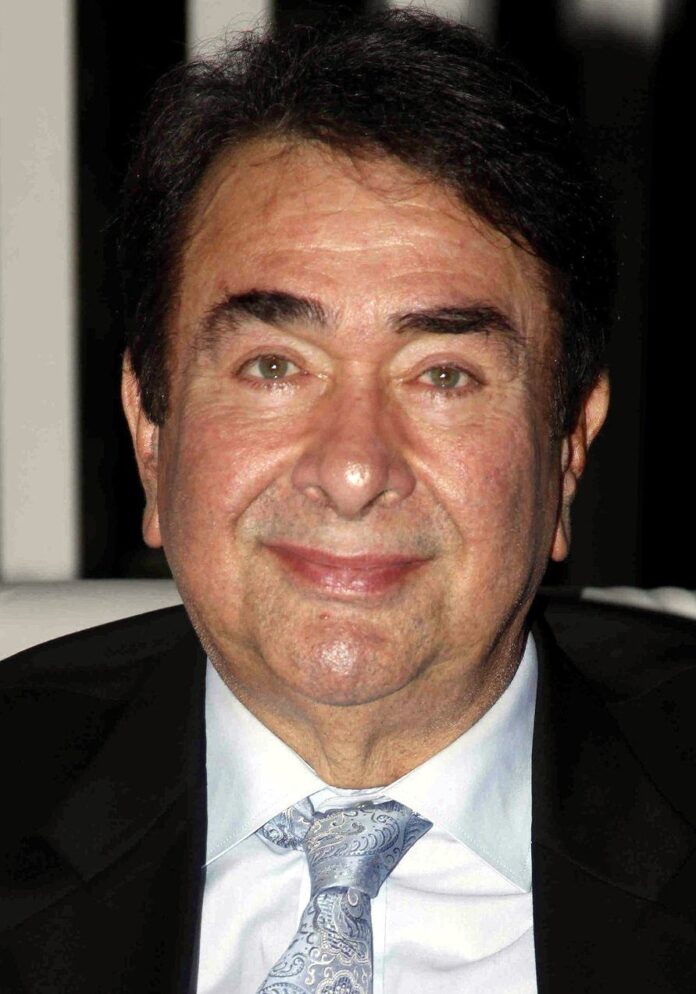 Randhir Kapoor was born on 15th-02-1947 in Bombay Presidency, British India. He is an Indian film Actor, Director, Producer, and belongs to the famous clan of the Kapoor Family. He is best known for his roles in films like Kal Aaj Aur Kal, Jawani Diwani, Dharam Karam, Chacha Bhatija, Zamane Ko Dikhana Hain and Pukar among several others.

Randhir is the first son of great Raj Kapoor, and the grandson of veteran Prithviraj Kapoor, and is the brother of Ritu, Rajiv, Rishi and Rima. He was often referred by his nickname ‘Daboo’. His paternal uncles are Shashi Kapoor and Shammi Kapoor, cousin to Sanjana, Karan, and Kunal, and he is an uncle to Ranbir Kapoor.
He made his acting debut with the film  ‘Kal Aaj Aur Kal’  which was released in 1971 and had three generations of the Kapoor family,  his grandfather, Prithviraj, a showman and his father, Raj Kapoor, as well as his college time girlfriend and to-be wife, Babita. The movie was a huge hit and Randhir didn’t just acted but also directed the film. This film was followed by back to back hits namely ‘Jeet’, ‘Jawani Diwani’ and ‘Raampur Ka Lakshman’. His acting career as a lead actor though didn’t last long. After appearing in Khazana in 1987 which was his last film as a solo actor, he returned to acting after a gap of nearly 10 years with the film called Ladies Only. However, the film didn’t release. Off-late, he has acted in films like Housefull, Super Nani, and Action Replayy among others.

He was born to legendary Raj Kapoor and Krishna Kapoor. Actors Rishi and Rajiv Kapoor are his brothers. He was married to famous actress Babita and had two daughters in Karisma and Kareena Kapoor. Actor Saif Ali Khan is his son-in-law.