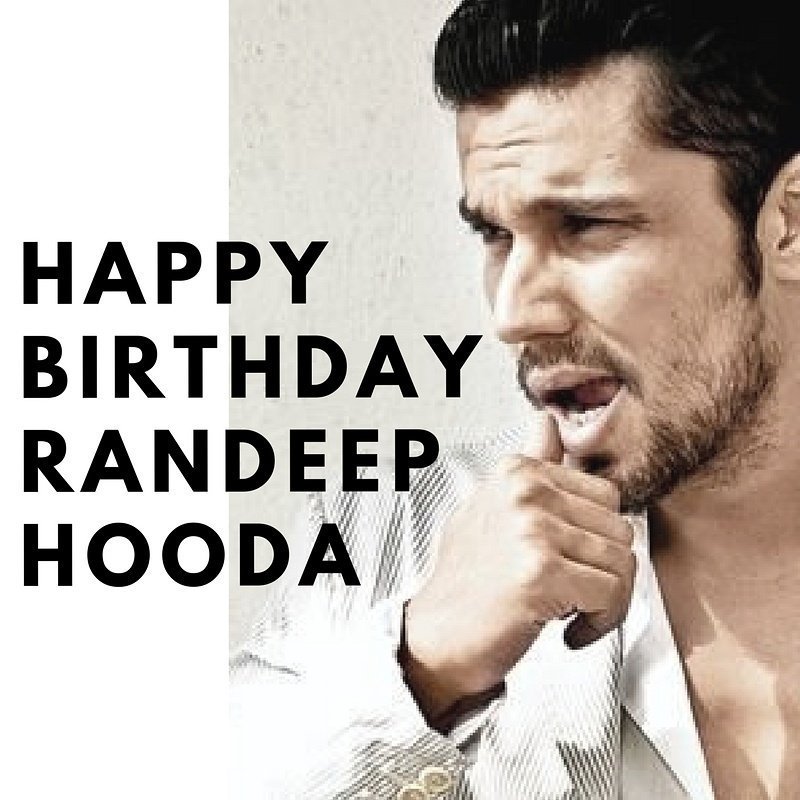 Randeep Hooda born on 20th August,1976 is an Indian film actor who is best known for his work in the Hindi film industry.

He was born in a small village named Daseya in the Rohtak district of Haryana to a Hindu Jat family. When he was 8 years old, he went to a boarding school MNSS in Rai, Sonepat, Haryana, where he participated in swimming and equestrian sports and won medals at the national level and also begans his acting in school productions.

He then went to Delhi Public School in RK Puram, New Delhi, before shifting to Melbourne, Australia in 1995 for higher studies. He achieved a Bachelor’s degree in Marketing and a Masters in Business Management & Human Resource Management.
During that time he peeled onions in a Chinese restaurant, even he also worked in a car-wash, waitered-tables, and drove taxis for 2 years. In 2000, he returned to India and acquired a job in the marketing department of an airline and was performing in stage theatres.

His mother’s name is Asha Hooda and she is a social worker by profession and his father, Dr. Ranbir Hooda is a surgeon by profession. He has two siblings.His elder sister’s name is Anjali Hooda sangwan. She is a nutritionist by profession who trained in USA and his younger brother named Sandeep Hooda is a Software Engineer working in Singapore.

He started his film industry career with a movie Monsoon Wedding(2001). Then in 2007 he acted in Risk,In 2010 he did well in Once Upon a Time in Mumbai,In 2012 he did Jannat 2,Cocktail,Jism 2 and Heroine, In 2014,he acted in Kick,Highway.In 2015 he acted in Main aur Charles,Then in 2016 he gives his tremendous performance in Sarbjit,Do Lafzon ki Kahani and Sultan and in 2018 he acted in Baghi 2.