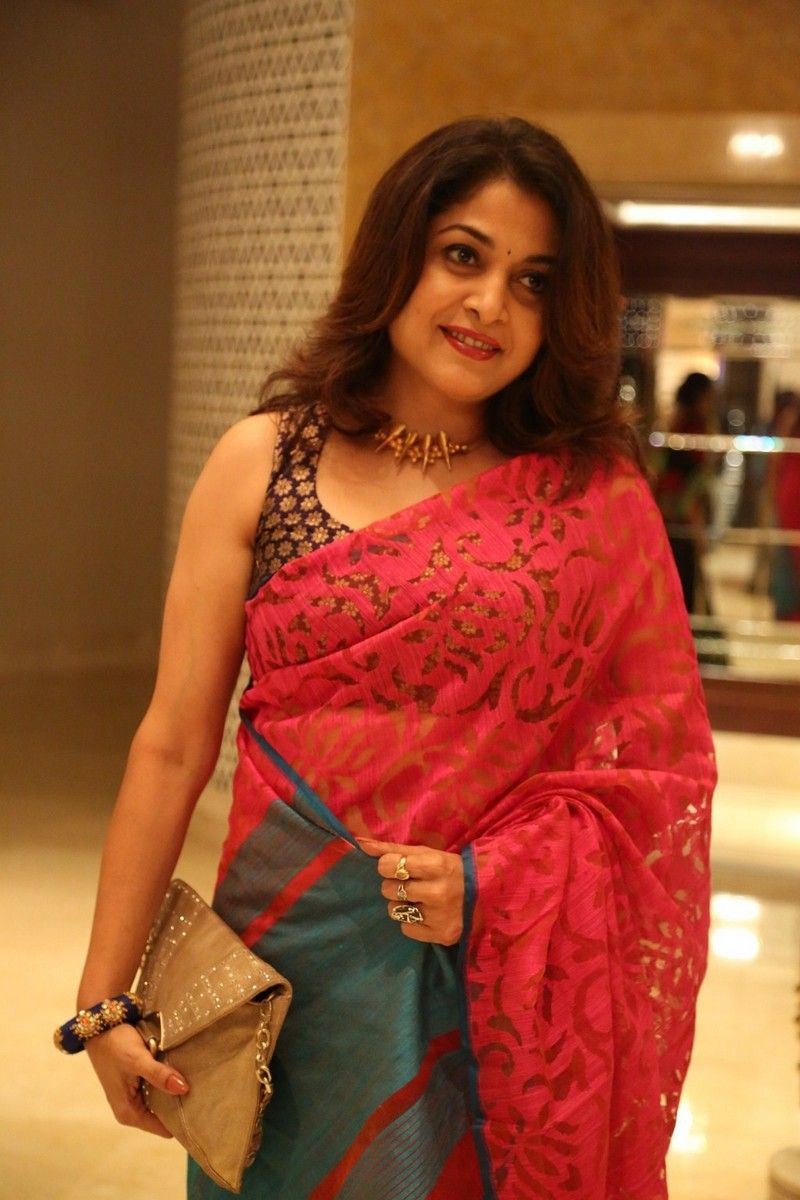 Ramya krishnan was born on September 15, 1967, in Chennai is a popular multilingual actress in commercial Indian movies.

Ramya Krishna started her acting career started at the age of 13 and has been in the field for 19+ years. She first played the lead role in Vellai Manasu in Tamil opposite Y.G.Mahendran. She was studying in 8th standard when she performed in her first film.
She has done more than 200 films to her recognition. She also grasped a sporadic record of acting in five languages, Telugu, Tamil, Kannada, Malayalam and Hindi. She has played varied roles as a glam-doll, a caring wife, a dedicated mom, an arrogant vamp and even a goddess.

The south Indian actress has a long career crossing more than two decades and 200+ films to her recognition. She has represented a wide range of characters from that of an innocent village belle to a hip and stylish female.

Ramyakrishnan’s first Telugu film was Bhalae Mithrulu. Kasinadhuni Viswanath’s masterwork Sutradharulu, released in 1987 has given first major pause to Ramya as an actress. Under the direction of K.Raghavendra Rao Ramyakrishna set herself as a ‘star’ in Telugu film industry. She acted with all the major heroes of yester years such as Akkineni Nageswara Rao, Nandamuri Taraka Ramarao, Krishna, Sobhan Babu and also with the next generation of heroes such as Chiranjeevi, Balakrishna Nandamuri, Venkatesh, Akkineni Nagarjuna and Jagapathi Babu. However an accomplished Bharatnatyam dancer, she never really obtained a great opportunity to explore that feature of her. She is presently producing TV soaps for gemini tv.

Ramya have also relished success in Kannada movies. In fact one of her first movie roles was in the Kannada fim Krishna Rukmini with Vishnuvardhan. Her major Kannada hits include Gadibidi Ganda and Mangalyam Thanthunanaena with Ravichandran and Raktha Kanneeru with Upendra.

Ramya has just established a company in the name of her son ‘Ritwik’. She is now hosting the entertainment show “Zara Masti Zara Dhoom” by interviewing film personalities. She has plans to do more of these types of shows. Now she is doing a serial on SUN TV called Kalasam @ 8:30 pm.

The actress married renowned Telugu film director Krishna Vamsi on June 12, 2003[1]and has since then settled in Hyderabad. She gave birth to a boy (named Ritwik) on February 13, 2005.