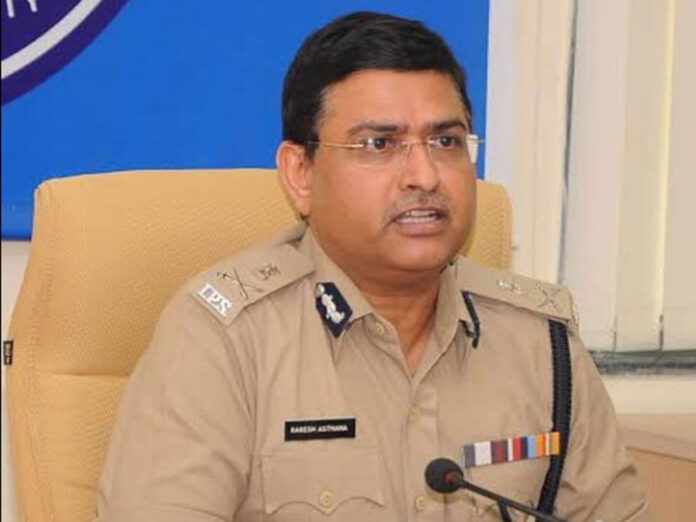 Rakesh Asthana is an IPS (Indian Police Service) officer from the 1984 batch of Gujarat cadre. He served as a Special Director at the CBI (Central Bureau of Investigation) in 2017, during his service in CBI he was first appointed as SP (Superintendent of Police) then promoted as Deputy Inspector General and Additional Director. Currently, he is appointed as a Police Commissioner of Delhi Police on 27th July 2021.

Rakesh Asthana was born on 9th July 1961 in Ranchi; he did his early schooling from “Netarhat Vidyalaya”, Bihar (now in Jharkhand). After that, he did his bachelor’s from “St. John’s College” Agra in 1978. He completed his master’s in “History” from “Jawaharlal Nehru University”.

Rakesh Asthana’s father’s name is H.R Asthana he was a physics teacher in a school. He is married and has two kids.

Firstly after completing his higher studies he taught “History” in a college. After Clearing UPSC on the first attempt, Rakesh Asthana served as an IG (Inspector General of Police) in Vadodara, Gujarat, after that he is promoted as a Police Commissioner of Vadodara City and Surat. In 2017 he is appointed as a “Special Director” at the CBI (Central Bureau of Investigation) later he was promoted as “Superintendent of Police”, “Deputy Inspector General” and “Additional Director” at CBI. He also served the nation as a Chief of BSF (Border Security Force), he also got an additional charge of” Narcotics Control Bureau” in 2020. At present, he is appointed as a “Commissioner of Delhi Police” in July 2021.

In 2017 Rakesh Asthana’s name is dragged in a case named “Sterlin Biotech Case” in this case Gujarat based pharma company “Sterling Biotech” took a loan of Rs. 14,500 crore through misappropriate means. The owners of the firm were arrested under the Fraud and Money Laundering case. The books of the firm maintained by the owners describe the name of Rakesh Asthana as a beneficiary of fraud money, but his name was not in the FIR.

In 2018, Rakesh Asthana and the former CBI Chief Alok Verma condemned each other in a high-profile bribery case. They both were ordered by the Government of India and CVC (Central Vigilance Commission) to go on leave in 2019. But later Rakesh Asthana got a clean chit from special CBI court.