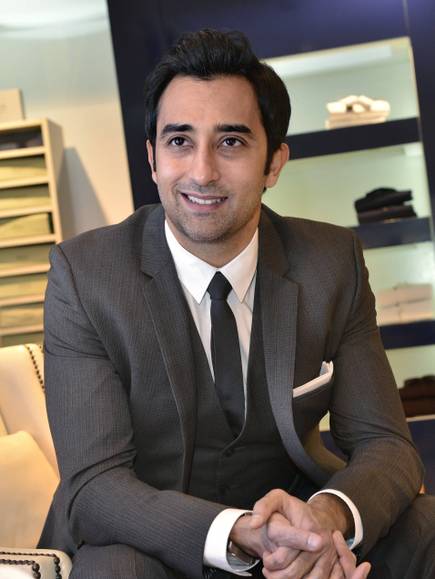 Rahul Khanna was born on 20-06-1972 in Mumbai in the state of Maharashtra, India. He is an Indian Film Actor, Television Actor, Model, Video Jockey & Voice Artist.

Rahul Khanna is an Indian actor who comes from Mumbai. He completed his education from Lee Strasberg Theatre Institute. Later he went to the School of Visual Arts in New York.
Khanna made his debut from Deepa Mehta’s film 1947 Earth. He also worked internationally in the movie called The Emperor’s Club. His other movies are 3 AM, Bollywood/Hollywood, Elan, Raqeeb, DilKabbadi, Love Aaj Kal, Wake Up Sid, Fireflies. Not only in films but he is also active in television. He appeared in the shows like MTV Asia, Asian Variety Show, and Discovery Week. He has also hosted many shows like IIFA, Miss India, Screen Awards, the Stardust Awards, GQ Men of the Year, Teacher’s Achievement Award, The Hello Hall of Fame Award, The Ernst and Young Entrepreneur of the Year Awards etc. He also appeared in many commercials like Toyota, Lays, Pepsi, DTC, Tommy Hilfiger, Jaypee Group, Maggi, Audi, Trent, Jonny Walker Blue Label, and Kiehl’s.

He was born in Mumbai to actor/politician Vinod Khanna and former model Gitanjali Taleyarkhan. His younger brother Akshaye Khanna is also a Bollywood star.