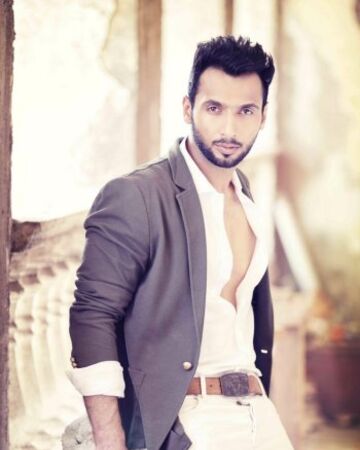 Punit Pathak was born on 01-11-1987 in Mumbai in the state of Maharashtra, India. He is an Indian Dancer, Choreographer, Film Actor & Television Personality who well known for his work in Bollywood.

Punit Pathak is a well-known choreographer and actor and with his sheer hard work and the talent he posses has risen from ranks to heights, he never dreamt of. In fact, his childhood dream was to become a cricketer.
He used participated in college fests and later joined Terence Lewis Academy and that is how his stint with dancing started. He first came to the public eye after he participated as a contestant in the famous dance reality show called Dance India Dance in the year 2009. His life changed after that season and he started working in dance show Jhalak Dikhla Jaa as a choreographer. He was then given an opportunity by his mentor Remo Dsouza to assist him in his film FALTU. Remo was so impressed by him that he offered a prominent role in his dance-based film ABCD. His performance as an actor was well received and he also appeared in the sequel to this film as well. In addition to acting and choreographing, he has been serving as a co-judge on one of the most followed dance reality show called Dance Plus.

His father hails from Gujarat while his mother is a North-Indian. He has a younger brother named Nishit Pathak. He was previously in a relationship with actor and dancer Shakti Mohan.

To the beginning of ALWAYS! . . . I sixth sense you @nidhimoonysingh . , PC: @tanmayechaudhary . . #engaged