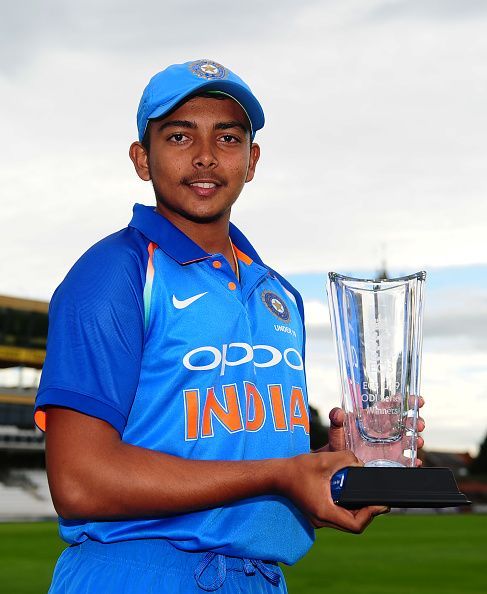 Prithvi Pankaj Shaw (born 9 November 1999) is an Indian cricketer and former India national under-19 cricket team captain.
A right-handed opening batsman. He made his first international appearance on 4 October 2018 and became the second-youngest Indian after Tendulkar to make a Test century and the youngest Indian to do so on Test debut. 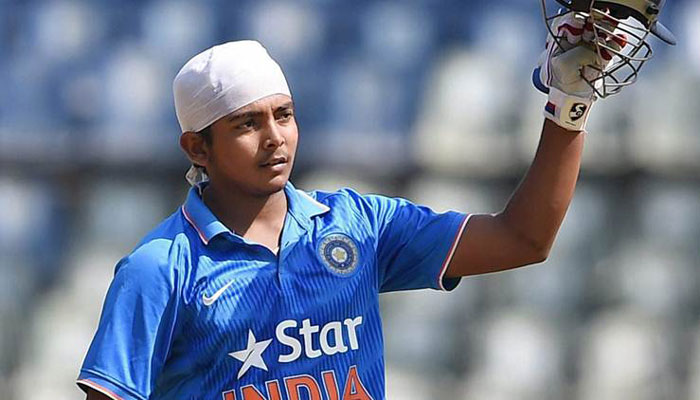 He made his first-class debut for Mumbai in the semi-finals of the 2016–17 Ranji Trophy on 1 January 2017. He scored a century in the second innings and was man of the match.He earned another distinction by scoring a century in his debut match of the Duleep Trophy and equalled the record held by Sachin Tendulkar who had scored for the first time a century each in his debut matches of Ranji Trophy and Duleep Trophy. In December 2017, he was named captain of India’s squad for the 2018 Under-19 Cricket World Cup.

he was born on 9 November 1999 in Thane, Mumbai, Maharashtra, India. He joined Virat Cricket Academy at the age of just three. His mother was died when he was just four years old. Then his father shut his business to focus on Prithvi Shaw’s career. In 2010, Shaw and his father moved to Mumbai to continue his cricketing education. Prithvi Shaw is a cricketer with 5 feet 6 inches in height and 55 kg weight. His eyes and hair colours are black. 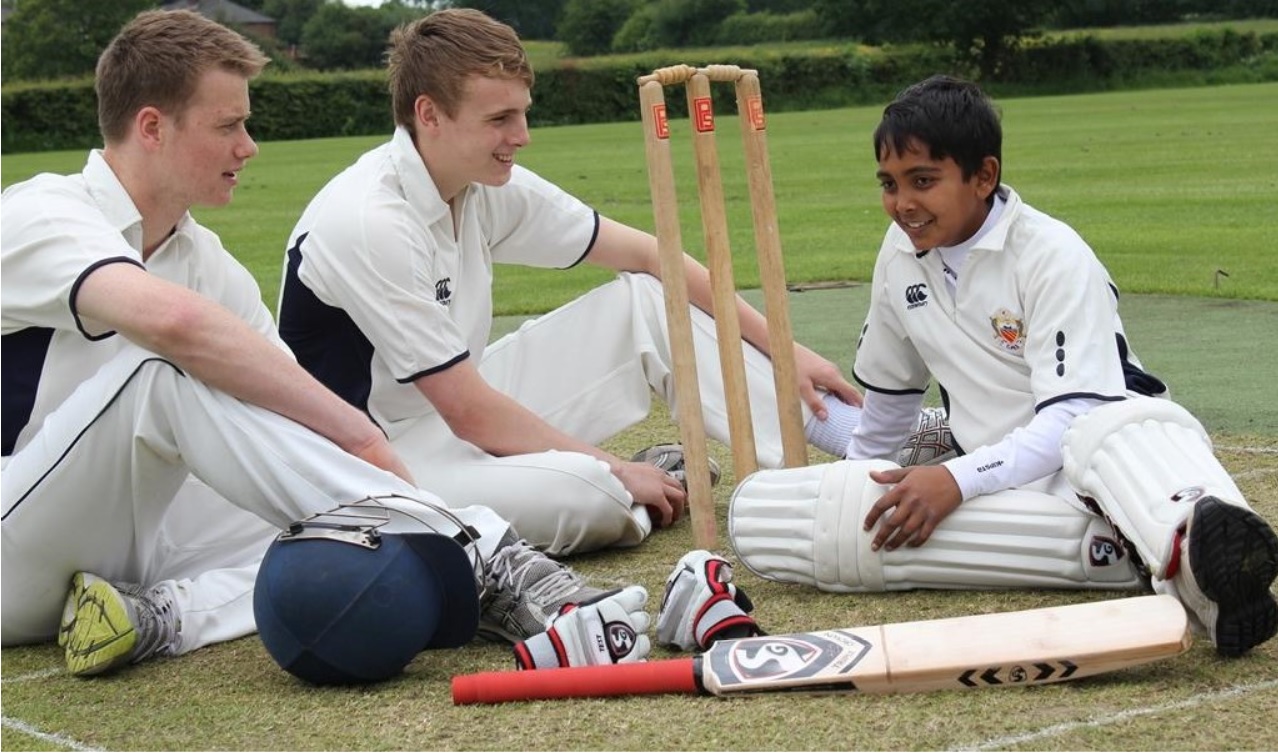