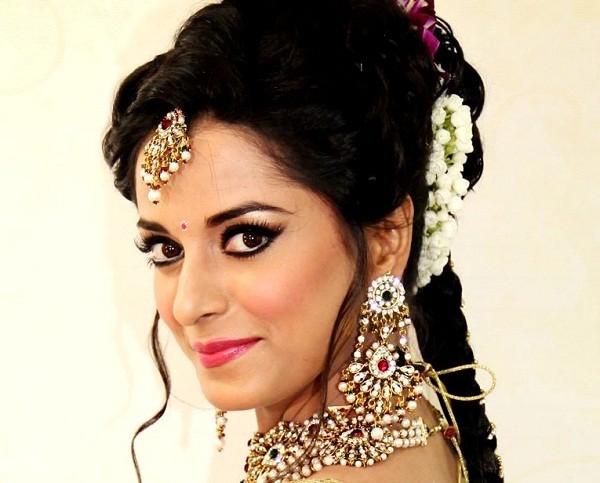 Pooja Sharma was born on 12th February 1989 in New Delhi, India. She is an Indian Model & Actress. She is best known for her portrayal of Draupadi in mythological Television series Mahabharat.

She began her career by anchoring a sports-based talk show on Doordarshan and later on anchored several other channels as well. She contested in Femina Miss India 2010 and finished among top 10.
She made her acting debut in 2012 with the anthology television series Teri Meri Love Stories. She was cast opposite Karan Kundra. After which she was seen in Pavitra Rishta. In 2013 she was cast to play Draupadi in mythological epic Mahabharat. She saw videos of Roopa Ganguly who played Draupadi in 1980s Mahabharat. She was well praised for her role and made her a household name not only in India but also in Indonesia as well. This show’s popularity grew in Russia as well, so she along with her cast toured Russia as well.  After the conclusion of the series, she then appeared in Ajab Gajab Ghar Jamai. In 2015 she made a guest appearance in television series titled “Dosti… Yaariyan… Manmarziyan”.
She admitted that she was never interested in doing tear-jerking soap opera, but now her approach has changed and she feel respect towards them. She recently played a voice role in famous television series Ram Siya Ke Luv Kush.

Her father’s name is Suresh Sharma. She has an elder brother.