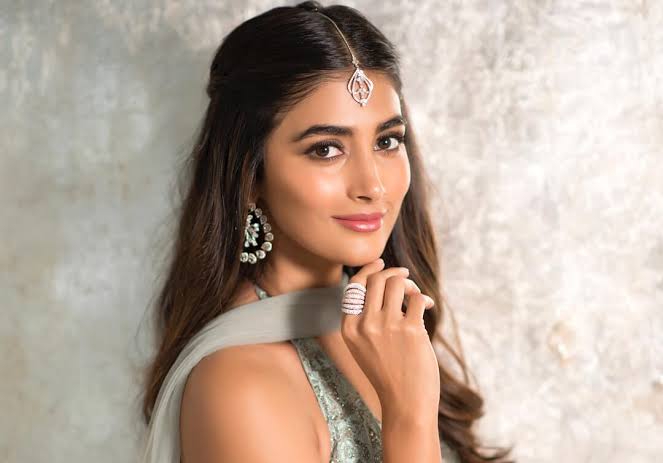 Pooja Hegde is an Indian film actress who also appears in Telugu movies. She was the second runner up at the miss universe India 2010 competition. She made her Hindi film debut alongside Hritik Roshan in Ashutosh Gowariker movie Mohenjo Daro in 2016.

Pooja was born on 13 October 1990 in Bombay Maharashtra she is 30 years old her parents Manjunath Hegde and Latha Hegde were also born and raised in Mumbai they are originally from Mangalore Karnataka has one elder brother Rishabh Hegde who is an Orthopaedic surgeon Puja is fluent in Kannada,English,Hindi Tulu and Tamil. She said in an interview that she regularly sought to enter Inter College  competitions participating in dance and fashion shows.

Pooja Hegde competed in the Miss India 2009 competition but was eliminated in an early round despite winning the Miss India talented 2009 honour. She again applied the following year and was the second runner-up in the miss universe India 2010 competition while also being crowned Miss India South glamorous year 2010 in the subsidiary competition.

Pooja made her acting debut in Mysskin’s Tamil superhero film Mugamoodi in 2012, opposite Jiiva. She made her Telugu film debut alongside Naga Chaitanya in Oka Laila Kosam and her Bollywood debut in 2016 alongside Hritik Roshan. In 2018 she featured in 3 Telugu films Maharshi, Gadhalakonda Ganesh and Housefull-4.

Her upcoming projects including a romantic film with Prabhas. In Salman Khan’s upcoming film Kabhi Eid Kabhi Diwali directed by Farhad samji koratala Siva directed film Aacharya alongside Chiranjeevi Kajal Agarwal and Ram Charan she also signed as a lead opposite Vijay in an untitled Tamil film making a return to Tamil cinema after 9 years.