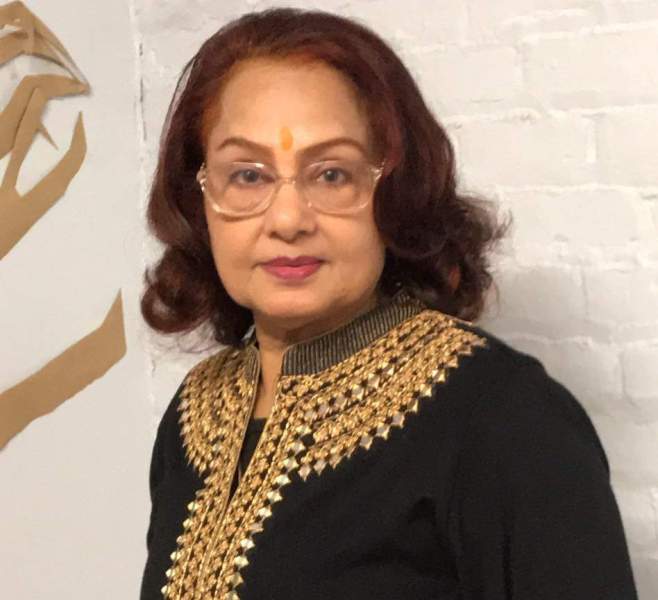 Padma Khanna was born on 10-03-1949 in Varanasi in the state of Uttar Pradesh, India. She is an Indian Film Actress, Television Actress, Dancer & Film Director who known for her work in Hindi, Bhojpuri, Gujarati, Punjabi, and Marathi films.

The Padma at the young age of 7 started learning Kathak under the guidance of Birju Maharaj. Veteran Actress Vyjayanathi Mala and Padmini introduced the Padma to the film industry. She started her acting career with the Bhojpuri film Bhaiyya in 1961. She was in the film as a child artist and was just 12 years old. At 13, she was selected to play the title role in the maiden released Bhojpuri film titled Ganga Maiyya Tohe Piyari Chadhaibo. After acting in a couple of Bhojpuri films, she left for Banaras as she believed films are not her cup of tea. The veteran dancer Gopi Kishan insisted on her and brought her back to the cinema field.
On her return, she played village girl roles in famous films like Baharon Ke Sapne, Rahgir, Saaz Aur Awaaz, Aashirwad, and Heer Ranjha among others. She got her first major break when the noted director Goldie offered her to do an item number for his film Johny Mera Naam. The item song made her a household name and is still remembered by her fans. She is best known for her performance in the hit film Saudagar where she was cast opposite legendary Amitabh Bachchan.
The famous song of the film Sajna Hai Mujhe picturized on her is still remembered. She was mostly seen in the role of dancers and has danced in over 500 films from the 1970s to the early 80s. Besides Bhojpuri and Hindi language films, she has also acted in Marathi, Punjabi, and Gujarati language films. However, she is best remembered for playing the role of Kaikeyi in the epic series Ramayan.
In addition to acting, Padma Khanna has also directed the Bhojpuri film titled Nahir Hutal Jaya in the year 2004.

She was married to the late director Jagdish L Sadhana. The couple had a son named Akshar Sidana and a daughter, Neha Sidana.