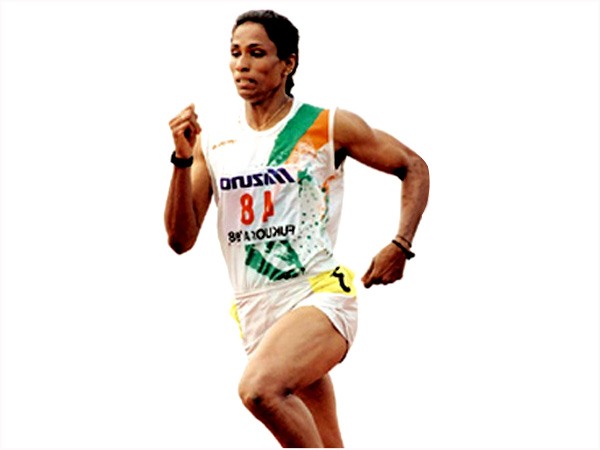 P. T. Usha was arguably one of the country’s most renowned women athletes. She virtually ruled the field and track events for almost 20 years of her decorated career. P.T. Usha was nicknamed as the “Payyoliexpress”. She was also referred to as the golden girl because of her unbelievable speed on the track.
Throughout her illustrious career, Usha won both several national and international awards. In a career spanning almost twenty years, she has won as many as thirty-three international medals which also include thirteen Gold medals in the Asian Championships and Asian Games. She missed an Olympic Bronze medal by 1/100th of a second in the 1984 Los Angeles Olympics. Usha for her sincere efforts and perseverance have won around thirty International Awards, for her distinction in Athletics. In the 1986 Asian Games held in Seoul, Korea, Usha emerged the proud winner of the Adidas Golden Shoe award for the best athlete. The biggest achievement of her career came when she was named the ‘Sportsperson of the Century’ by the IOA (IndianOlympicAssociation).

P. T. Usha was born to E.P.M. Paithal and T. V. Lakshmi. She has two sisters named Shobha and Suma and one brother named Pradeep. She is married to  V Srinivasan since 1991. The couple has a son named Ujjwal Srinivasan.