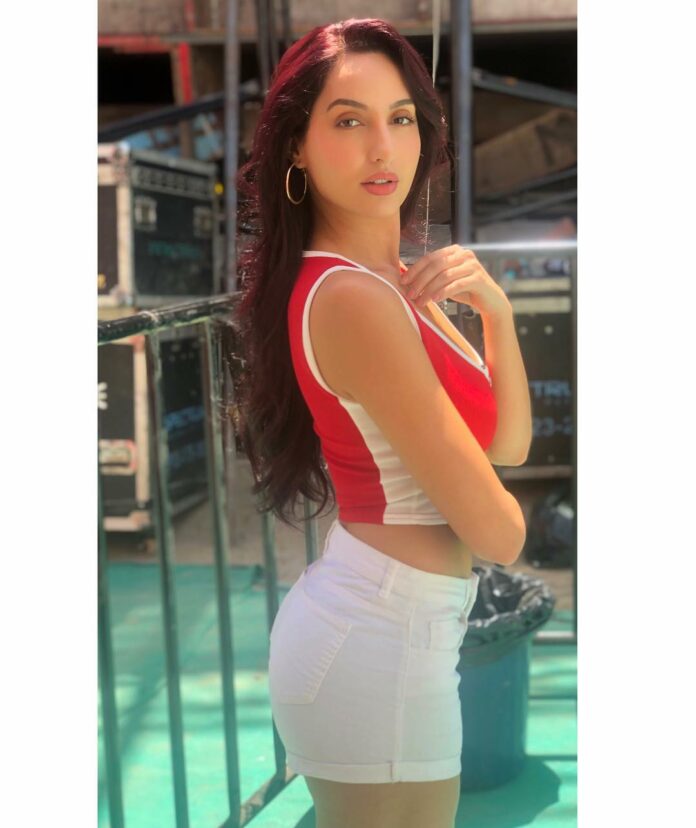 Nora Fatehi born 6 February 1992 is a Canadian dancer, model, actress and singer who has mainly appeared in Hindi films. Nora’s fatehi has also starred in Malayalam and Telugu films. She comes from a Moroccan Canadian family, and was born and raised in Canada, although in interviews she has also stated that she considers herself “an Indian at heart”.[3] She is most known for her work in the Indian film industry.

She made her film debut in the Bollywood film Roar: Tigers of the Sundarbans. She gained popularity in Telugu cinema by doing item numbers in films like Temper, Baahubali and Kick 2. She has also starred in the Malayalam films Double Barrel and Kayamkulam Kochunni.

In 2015, she was a contestant on the reality television show Bigg Boss 9 and was evicted on Day 84. In 2016, she participated in the reality television dance show Jhalak Dikhhla Jaa. She appeared in the Bollywood film Satyamev Jayate in which she was seen in the recreated version of the song “Dilbar” which crossed 20 million views on YouTube in the first 24 hours of its release, making it the first Hindi song to have garnered such numbers in India She also collaborated with the Moroccan hip-hop group Fnaïre to release an Arabic version of the Dilbar song.

She reached the limits of her fame when she portrayed sensational belly dancing in the remake version of the 1990’s song “Dilbar,” which was choreographed on the actors Sushmita Sen and Sanjay Kapoor. This blockbuster item song from the Satyamev Jayate hit 20 million views within 24 hours of its release and became one of the fastest to get 100million views on YouTube. Her dancing moves in both the songs were mind-blowing & are appreciated by her fans & critics across the world.

Her other song Kamariya from STREE  with Rajkummar Rao was also a hit with over 86 million views on YouTube.

Nora fatehi also shows his belly dance moves in her brand new song ” O SAKHI SAKHI”, which is viral these days. After O Saki Saki redux dropped on the Internet, Koena tweeted, “My song from Musafir Saki Saki has been recreated. Sunidhi, Suhwinder, Vishal, Shekhar’s combination was outstanding. I didn’t like the new version, it’s a mess! This song had crashed many blockbusters! Why Batla House, why? PS: Nora is a stunner. Hope she saves our pride.”

My song from Musafir #Saaki Saaki" has been recreated.
Sunidhi, Suhwinder, Vishal, Shekhar combination was outstanding. Didn't like the new version, it's a mess! This song had crashed many blockbusters! Why batlahouse, why?
P. S: Nora is a stunner. Hope she saves our pride.

Nora Fatehi is gradually becoming popular in the Bollywood industry, her net worth is currently unknown. The actress lives with her family in an apartment in Mumbai, India. Nora lives a luxurious lifestyle with her income but all the details are not available at this moment.

Nora Fatehi is the latest celebrity to make a strong case for white pantsuits. look her sizzling avatar

All white for @batlahousefilm trailer launch! Its officially out guys check it out ! ?? Hair and makeup @marcepedrozo ❣️ Shot by @anups_ ❣️