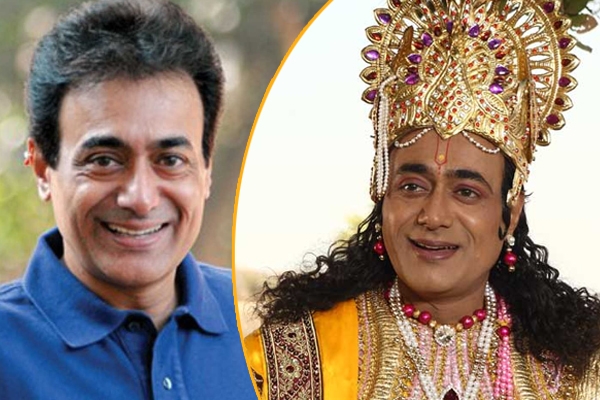 In the period in the 90s, people used to understand Lord Krishna by seeing Nitish on the screen. Nitish Bhardwaj, who plays Lord Krishna role in the B. R. Chopra’s Mahabharata, is still remembered by people after almost 26 years.

Even today, so many people want to know where their favorite stars are and what they are doing.

He was a member of Lok sabha, He made his acting debut with Bollywood film Trishangi. Then he starts work in his first television show Mahabharata in the year 1988. He has worked in popular movies like Mohenjo Daro in the year 2016.

After a long gap from films he made his comeback in 2013 as a director for Marathi film Pitru Roon. Nitish also did 2 radio shows for BBC Radio namely Bhagvad Geeta and Ramayan. He was nominated for the “Sony Radio award” for Ramayan in the UK in 1995.

In 1991, Nitish Bharadwaj married Monisha Patil, daughter of Vimla Patil. His have two children and got divorced in 2005. Monisha now lives in London with their children, Then he marries to Smita Gate an IAS officer from Madhya Pradesh.