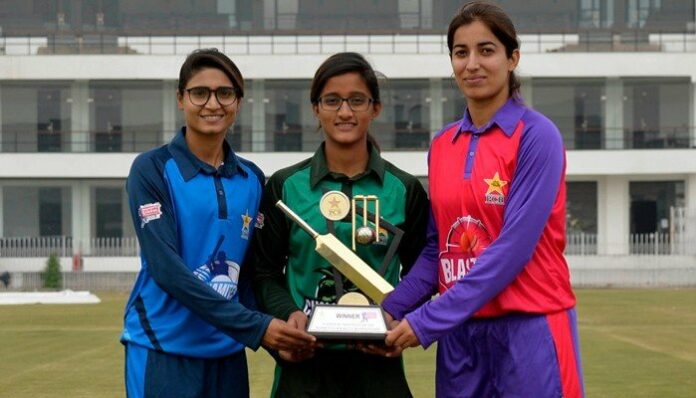 The PCB said that the series will be from November 22 to December 1,2020.
There are 42 women cricketers action in Rs 1.7 Million National
Triangular T20 Women’s cricket championship.

PCB Blasters , PCB Challengers, and PCB Dynamites will be on the
ground for 10 days championship which provides chance to show the talent for
players.

The final will be on 1st December between the top two teams. PCB said
that to boost the women’s game and provide Young girl’s an opportunity to get
closer to the game, they will live stream all seven matches on their YouTube
channel.

Muneeba Ali is the captain of the PCB challengers. PCB blasters and PCB
Dynamites led by Alia Riaz and Ramin shamim respectively.
The cash prize of Rs 50,000 will be awarded to the player of the
tournament and Rs 500,000 to the runner up team. The prize of Rs 1million will be
awarded to the winner of the tournament.

The squads for the tournament are as follows:
Challengers :