She completed her schooling in Pune, Maharashtra. Later she graduated from ICAI with a degree in the chartered accountant. She later completed her MBA from Duke University’s Fuqua School of Business.

She also became a board member on the regional advisory board of Fuqua School of Business India. She serves as Trustee on the TiE Mumbai Board of Trustees.

She is speaks at various prestigious forums such as Harvard Business School, the Indian Institute of Management (IIM A), the ET Women’s Conference, FICCI, etc. Namita is involved in various government initiatives such as NITI Aayog’s ‘Women’s Entrepreneurship Platform’ and the ‘Digital Health Task Force’ and ‘Champions of Change’. 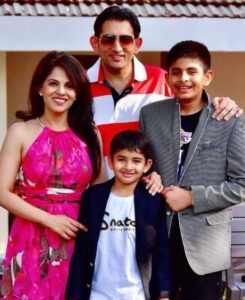 Born on March 21, 1977, Namita Thapar is from Pune Maharashtra. She is married to Vikas Thapar. She has two sons named Vir Thapar and Jai Thapar.

Namita Thapar’s net worth is currently estimated at around 600 crores in 2021.