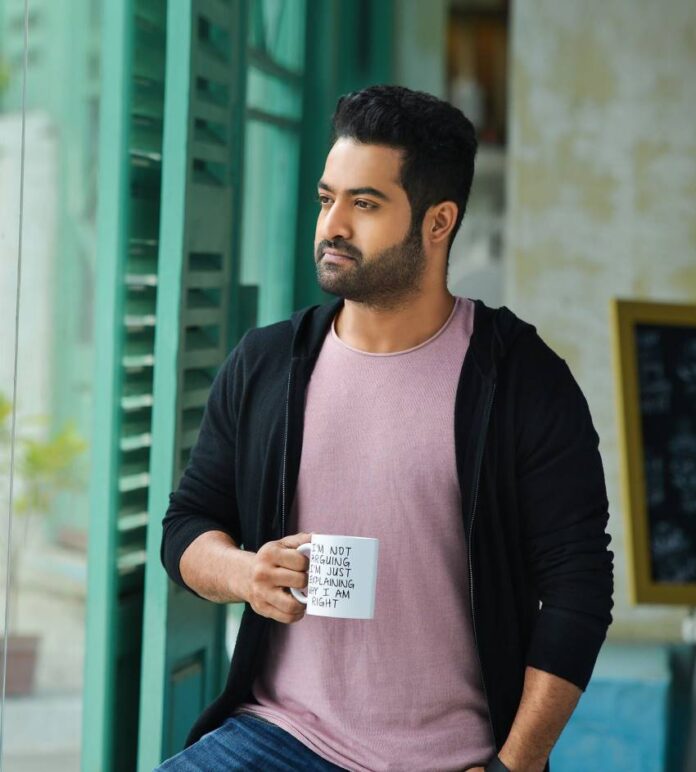 N.T. Rama Rao Jr. (Nandamuri Taraka Rama Rao Jr), better known by his screen name, Jr. NTR is one of the most popular Indian actors and a playback singer who works mainly in the Telugu film industry. Jr. NTR made his foray in acting at a very young, he first appeared in the National Award-winning film, Ramayanam as a child artist in 1996.

As an adult, the actor made his debut in 2001 with S.S. Rajamouli’s Student No.1. He is also known for his works in several box office hits like Aadi (2002), Rakhi (2006), Brindavanam (2010), Baadshah (2013), and Nannaku Prematho (2016). With a huge fan following for his films, the actor is among India’s top 100 film celebrities. Apart from his acting career, Jr. NTR is also actively involved in politics. During the general elections in 2009, he campaigned for his grandfather’s party, TDP (Telugu Desam Party). The actor has also been involved in various charity works.

Jr. NTR married Narne Lakshmi Pranathi, the daughter of Narne Srinivasa Rao, the owner of Telugu new channel, Studio N in May 2011 at Madhapur. The couple has a son named Abhay Ram.

Born in Hyderabad, Jr. NTR comes from an influential political family in Andhra Pradesh. He is the son of Nandamuri Harikrishna, a former Telugu film actor, and politician. N.T Rama Rao, the veteran Telugu actor and former Chief Minister of Andhra Pradesh is his grandfather. Actor, producer, Nandamuri Kalyan Ram is his half-brother and actor Taraka Ratna and politician Nara Lokesh are his cousins. The actor went to Vidyaranya High School in Hyderabad and later pursued his intermediate education from St. Mary’s College, Hyderabad.

As an Actor
After Jr. NTR appeared in the 1996 movie Ramayanam as a child artist, the noted director Gunasekhar recommended S.S. Rajamouli to cast him in his Student No.1. However, due to the production delays in Student No.1, Ninnu Choodalani directed by V.R Prathap released first, marking his debut in a lead role. When the movie released in May 2001, there was a lot of hype around the movie as it was the debut of the late NTR’s grandson, however, the movie failed to live up to the audiences’ expectations and Jr. NTR received a lot of flak for his acting.

The actor next started working on his delayed project, Student no.1. The movie, which focuses on the life of a college student facing murder charges was a box-office hit. Following his first success, the actor received several offers and he signed up with V.V Vinayak for his directorial debut Aadi, where he played the role of an action hero for the first time in his career. The film, also featuring Keerti Chawla and Rajan P. Dev released in March 2002 and went on to become the second-highest-grossing film of the year behind Indra starring Chiranjeevi. The movie ran for more than 200 days in theaters and it gave the actor a huge fan following. His next two films, Allari Ramudu directed by the veteran director B. Gopal and Naaga, a political thriller directed by A.M. Rathnam received average reviews but both were a commercial hit. Jr. NTR’s dance moves in the latter film became extremely popular among the masses.

In 2003, Jr. NTR once again collaborated with S.S. Rajamouli who wanted to revamp the looks of the actor for his action film, Simhadri. The film co-starring Bhoomika Chawla and Ankitha was a huge hit at the box office, grossing more than 35 crores INR. The movie won him the title of ‘Young Tiger.’ The following year, the actor starred in Puri Jagannadh’s action drama film titled Andhrawala. Before release, the film created a lot of hype since all of Puri Jagannadh’s previous movies were a hit but the film turned out to be a commercial disaster. The film was later dubbed in Tamil as Velaa and Hindi as Barood: Man On Mission. Later in 2004, the actor signed up for V.V. Vinayak’s Samba alongside Bhoomika Chawla, Genelia D’Souza, and Prakash Raj. The film, which focuses on the importance of education for Kids was a box-office hit.

The actor’s first release in 2015 was Vara Mullapudi’s Naa Alludu co-starring Shriya Saran, Genelia D’Souza, Ramya Krishnan, and Suman. The movie where Jr. NTR played a double role for the first in his career as a commercial and critical disaster. Following the Naa Alludu debacle, the actor lost his position among the top heroes of Tollywood and he took a hiatus for one year. Later, in December 2016, the actor featured in Krishna Vamsi’s social drama, Rakhi. The film got favorable reviews and was an average earner. However, Jr. NTR’s performance in the movie was much appreciated by critics and termed it as one of the finest performances of his career.

A year later in 2007, the actor collaborated with the stalwart director, S.S. Rajamouli for the third time in his career for the social fantasy film, Yamadonga. For his role in the movie, the actor had to lose more than 20 kgs. Upon release, the film garnered extremely positive reviews and for his stellar performance in the movie, Jr. NTR received a Filmfare Award for Best Actor in Telugu. The following year, he was signed by Meher Ramesh for his action thriller film Kantri alongside Hansika Motwani, Tanishaa Mukerji, and Prakash Raj. The film got mixed reviews and it fared pretty well at the box office. After the movie, the actor took a year-long break to campaign for TDP during the 2009 general elections.

After a gap of nine years, in 2010, the actor returned to acting in a romantic film Brindavanam directed by Vamsi Paidipally where he romanced two beauties, Kajal Aggarwal and Samantha Ruth Prabhu. The movie received rave reviews and emerged to be one of the highest-grossing movies of the year. A year later, Jr. NTR once again collaborated with Meher Ramesh for his high-budget film, Shakti. The movie despite having a strong cast including, Ileana D’cruz, Sonu Sood, Manjari Phadnis, Pooja Bedi, and Jackie Shroff, it tanked at the box office. Later in 2011, the actor starred in an action thriller film, Oosaravelli directed by Surender Reddy. The film also stars Tamannaah Bhatia, Murali Sharma, and Prakash Raj released across 1,800 screens worldwide and it grossed 16.3 crores INR on the opening day itself. The film was later remade in Bengali as Rocky with Mahaakshay Chakraborty and Pooja Bose playing the lead roles.

Jr. NTR started the year 2012 on a good note. In his first release of the year Dammu, the actor was paired opposite Trisha Krishnan and Karthika Nair. The movie received mixed reviews but Jr. NTR’s role in the movie was highly appreciated by the critics. The following year, the actor starred in Baadshah directed by Srinu Vaitla who wanted to give the actor a new look; he asked the actor to grow a beard and straighten his curly hair to suit the role of a Don. The film also starring Kajal Aggarwal got highly positive reviews and became a sleeper hit; the film grossed more than 48 crores INR in just 50 days. Later in 2013, the actor starred in Harish Shankar’s family drama Ramayya Vasthavayya opposite Shruti Haasan and Samantha Ruth Prabhu. There was a lot of hype around the film before its release, however, it failed to meet the expectations and it garnered mostly mixed to negative reviews. However, Jr. NTR’s performance was lauded by the critics; Times of India described his performance as “The film is packaged entirely around its hero with NTR looking uber cool and as stylish as ever. He got into the skin of the character and has delivered a fantastic performance to shoulder the film.”

After featuring in a few flop films in 2015, the actor made a smashing comeback with Temper directed by Puri Jagannadh alongside Kajal Aggarwal and Prakash Raj. The film received tremendous positive reviews and was one of the biggest hits of the year, grossing more than 74 crores INR worldwide. Jr. NTR had a good start in 2016 as his first film of the year, Nannaku Prematho co-starring Rakul Preet Singh, Rajendra Prasad, and Jagapati Babu. The movie directed by Sukumar was Jr. NTR’s 25th film of his career and it got decent reviews. His other release of 2016 is a bilingual film, Janatha Garage, which is made in Telugu and Malayalam languages. The movie directed by Koratala Siva also features Mohanlal, Samantha Ruth Prabhu, and Nithya Menen in prominent roles.