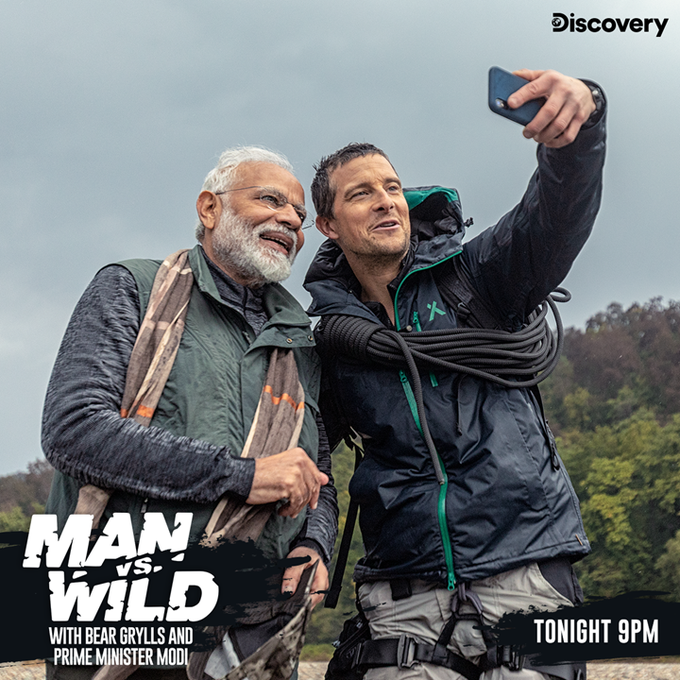 Prime Minister Narendra Modi is set to seem in the latest episode of Man vs Wild’s on Monday. The episode, which is hosted by Bear Grylls, will be broadcasted worldwide. Shot at Jim Corbett National Park in Uttarakhand, the episode features the Prime Minister expressing into the wild with Bear Grylls.

In the survival series Man vs Wild, host Bear Grylls try on new adventures in wild jungles. In a recent interview, the host revealed that since PM Modi is a vegetarian, he will not be seen eating insects or animals.

The Man vs Wild episode starring Prime Minister Narendra Modi will be broadcasted in India on Monday (August 12, 2019) at 9 pm IST. The episode will be aired in 180 countries across the world.

The PM Modi Man vs Wild episode will be telecasted globally by 12 Discovery network channels. These include Discovery, Discovery India,