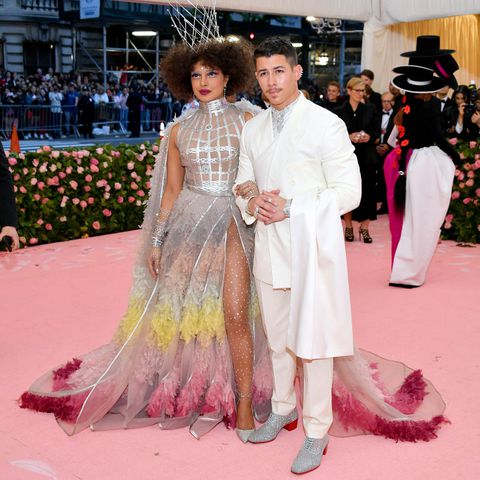 Met Gala 2019: Priyanka Chopra and Nick Jonas’ love began with ‘Mata Gala’ event, and once again both of them have reached the same event. But the fans are surprised by seeing their look. This is not the first time that fans have trolled about Priyanka’s look in Mate Gala. Even before that, in 2017, due to its look, it became quite troll.

Mate Gala, who arrived in 2019, Priyanka Chopra looked at Dior’s soft pastel gown. He was wearing Shimri Tights in Thai High Slit this gown Their gown was Pink and Yellow Feather. Apart from their gowns, their hairstyles and crowns were also quite attractive. With this they completed their look, their attractive make-up.

Priyanka used Pink Lipstick with this look, while in the eyes, she used the Pink and Shimri colors. At the same time he gave his eyebrow white color.
Some users have liked this look, so some people are making fun of it. Some people say Priyanka Chopra looks very scary. She is not looking less than a witch.