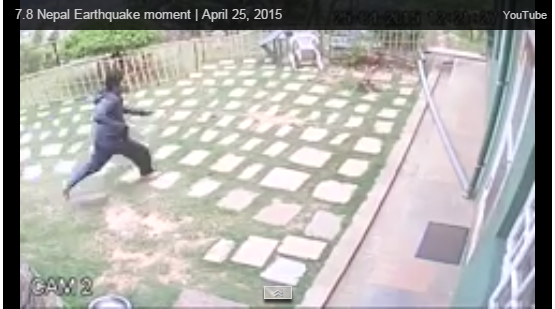 A enormous earthquake killed thousands in Nepal and India on Saturday morning. The huge 7.9 magnitude earthquake hit Nepal with disturbing force less than 50 miles from the capital, Kathmandu causing tremors in northern India as well. Below are the live earthquake videos from Kathmandu.

What Twitterati Says on earthquake

Refreshing Nepal after this tremors–

Arrival of Indian from Kathmandu after earthquake.

#NepalEarthquake Arrival of Indians from Kathmandu at Palam by C-17 Globemaster III in the wee hours-1 pic.twitter.com/Ihp57ZLBXt