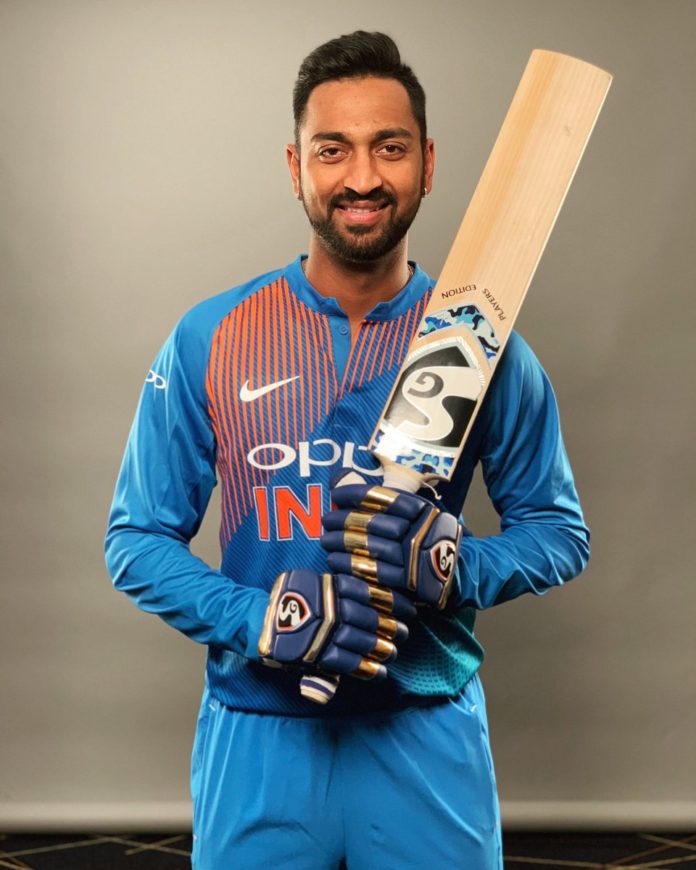 The Pandya brothers need no introduction. In the last couple of years, both Krunal and Hardik have managed to stay in the limelight on- as well as off-field. After the Pathan and Hussey brothers, the cricketing world has again been blessed with two talented siblings. Though Hardik has gained more popularity, Krunal Pandya is shining brighter than ever.

Krunal Pandya was born to Himanshu and Nalini Pandya on 24 March 1991. The family was based in Ahmedabad where Kiran More and Jitender Singh coached Krunal Pandya in the early days of his career.

After the Pandya family moved to Baroda, Krunal started training at the Kiran More Cricket Academy. Since money was tight, Kiran More didn’t even take fees initially from him. It was truly a dream come true for Krunal, who was always fascinated with cricket.

Krunal witnessed some difficult times during this period. Just when his career was about to start, Krunal had a shoulder injury. As a result, he was out of action for almost a year.

Krunal Pandya’s domestic career began with the Ranji Trophy tournament season 2016-17. By the very next tournament, Vijay Hazare Trophy 2016-17, he was the leading wicket-taker for Baroda.

In the series, he scored 366 runs in 8 matches. His highest score was 78 runs. Krunal also took 11 wickets in 8 matches. In 2017, he was also a part of the winning Indian team in a tri-series with South Africa and Afghanistan A.

Continuing his stellar performance, Pandya shone in the 2018-19 season of Vijay Hazare Trophy as well. Hence, he was named the captain for Baroda in the following season.

Krunal made his international debut by featuring in India’s T20I squad against West Indies and Australia.

He took one wicket and made 21 runs off 9 balls in his debut match. He won the Player of the Match award for his bowling performance against Australia in the third match.

“Yes, Krunal did well and batted as per the situation (of the game), which is a good thing. I am very satisfied and there is always a score of improvement. Finishing a match has been there in my coaching philosophy,” Jitendra Singh, his coach told Sportstar after Krunal’s first match.

In all, Krunal has played

Right from his debut in 2016, Krunal has played for Mumbai Indians in the Indian Premier League. He made his debut at the home ground, Wankhede Stadium in Mumbai against Gujarat Lions. His impressive debut earned him a place in the Cricinfo and Cricbuzz IPL XI.

His mix of effective spin-bowling and hard-hitting at the tail end has made her a valuable asset for Mumbai Indians.

Sr. Pandya’s most memorable knock came in the 2017 IPL finals against Rising Pune SuperGiants. Asked to bat first, Mumbai Indians were left stuttering at 79/7 in 14 overs.

With the team staring at a certain defeat, Krunal Pandya rose to the occasion and hit a timely knock of 47 from 38 balls (3 fours and 2 sixes) to take the team to a total of 129/8.

Mumbai would just about manage to defend the total by a paltry one run to win their third-ever title. Krunal was rightfully adjudged the ‘Man of the Match’.

Over the four season’s time, Krunal has amassed 40 wickets and 891 runs.