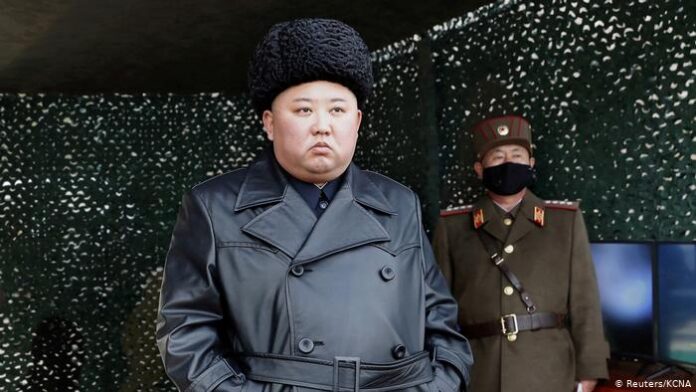 Kim Jong-un (born 8 January 1983) is a North Korean politician. He is the current leader of the Democratic People’s Republic of Korea since December 2011, after the death of his father Kim Jong-il.

According to reports first published in Japanese newspapers, he went to school in Switzerland near Bern. First reports claimed Jong-un went to the private English-language International School in Gümligen under the name “Chol-pak” or “Pak-chol” from 1993 to 1998. Jong-un was described as shy, a good student who got along well with his classmates, and was a basketball fan.

On 9 March 2014, Jong-un was elected unopposed to the Supreme People’s Assembly.

On 12 December 2013, North Korean news outlets reported that due to alleged “treachery”, Jong-un had ordered the execution of his uncle Jang Song-thaek. Jong-un is widely believed to have ordered the assassination of his half-brother Kim Jong-nam in Malaysia in February 2017.

As of 2016, the United Nations has created five rounds of sanctions against North Korea for its nuclear program and missile tests.

As of March 2018, a South Korean official Chung Eui-Yong made an announcement on North Korea in the White House briefing room that the North Korean leader Jong-un told the South Koreans he is “committed to denuclearisation” and “North Korea will refrain from any further nuclear or missile tests.” and is open to meeting Donald Trump in North Korea.

Human rights violations under the leadership of Kim Jong-il were condemned by the UN General Assembly.Press reports indicate that they are continuing under Jong-un.

In his 2018 New Year Speech, Jong-un said he was open for dialogue with South Korea, in particular with a view to taking part in the upcoming Winter Olympics in the South. The Seoul–Pyongyang hotline was reopened after almost 2 years. North and South Korea marched together in the Olympics opening ceremony under a unified flag.

In April 2018, Jong-un and Moon Jae-in formally attended the inter-Korean summit of 2018 and agreed to formally end the Korean War before 2019.

In April and May 2018, Jong-un met with Xi Jinping, General Secretary of the Communist Party of China. In May 2018, Donald Trump announced on Twitter that he would meet with Jong-un on June 12 in Singapore for peace talks.

In 2009, reports suggested that Jong-un was a diabetic and suffered from hypertension. He is also known to smoke cigarettes.

Rumors of Kim’s death happened in late April 2020. Kim had been absent on the Day of the Sun, 15 April, celebrating the country’s founding father, Kim Il Sung, though had been last seen four days before at a government meeting. Daily NK reported that Kim had gone to a hospital for a heart surgery on 12 April, but according to CNN by 21 April that Kim’s state was in “grave danger” from the surgery. South Korea reported in response to these stories that there were “no unusual signs detected” in about Kim’s health. The Guardian reported that China had sent a team of doctors on 25 April to North Korea to look at Kim’s condition.