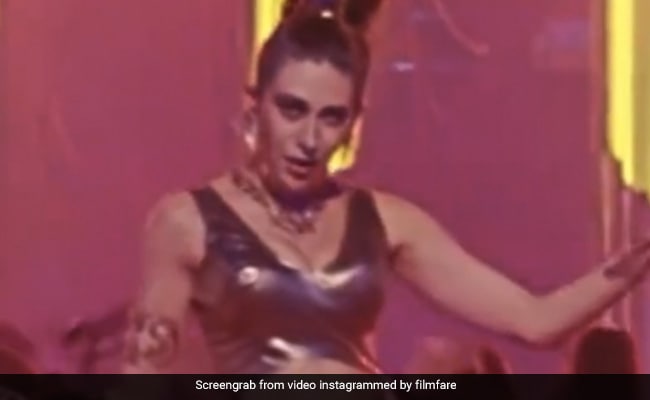 Bollywood’s famous actress Karisma Kapoor today is celebrating her birthday. On this occasion, along with the people associated with the film industry, the fans of the actress are also sending her congratulatory messages. Many pictures and videos of Karisma Kapoor are making a splash on social media. Meanwhile, Filmfare has also wished Karisma in a wonderful way on her Instagram. Filmfare has shared a collage of dance videos of Karisma Kapoor, in which dance sequences from her different films are visible. This video of the actress is being watched a lot.

Karishma Kapoor is known for her acting as well as her dancing skills. . He has displayed this skill in many films. It can also be seen in the video shared by Filmfare that Karisma Kapoor is such a wonderful dancer. The video was shared and wrote: “Happy Birthday Karisma Kapoor.” This video of Karishma has got thousands of views and fans are also reacting a lot on it.

Let us tell you that in the decade of Karisma Kapoor 90, her films used to be a tremendous hit. People used to be crazy about his acting and beauty. Let us tell you that actress Karisma Kapoor started her acting career with the film ‘Prem Qaidi’ in 1991. He earned a lot of name in Bollywood by performing tremendously in many films. Karishma was seen in the role of Meera Sharma in a webseries called ‘Mentalhood’ in the year 2020.

Do you Remember the Mogambo of Mr. India?