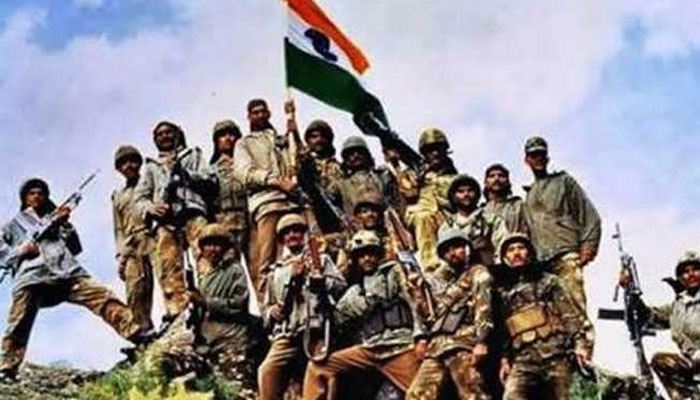 Every year, 26th of july is celebrated as Kargil Vijay Diwas in the honour of Kargil War heroes who got India victory in the 1999 Kargil War with Pakistan.

After the success of Operation Vijay, this day is named as Kargil Vijay Diwas,

When Pakistani troops crossed the Line of Control and occupied Indian posts on the heights.The War called as Kargil War took place in the in the mountains of Jammu and Kashmir  and It took about three months for the Indian forces to recapture the posts.

About 527 soldiers from Indian Armed Forces sacrificed their lives during the war.

This day is celebrated in the Kargil – Drass sector and the national capital New Delhi, where the Prime Minister of India, pays homage to the soldiers at “AmarJawan Jyoti at India Gate” every year.

Paying a tribute to the Kargil war heroes, Prime Minister Narendra Modi shared a post and wrote that,

“On #KargilVijayDiwas, a grateful nation pays homage to all those who served the nation during Operation Vijay. Our brave soldiers ensured that India remains protected and gave a befitting answer to those who tried to vitiate the atmosphere of peace.”

“India will always remember with pride, the outstanding political leadership provided by Atal Ji during Operation Vijay. He led from the front, supported our armed forces and clearly articulated India’s stand at the world stage. #KargilVijayDiwas” Other ministers also paid tribute to the armed forces on Kargil Vijay Diwas. Sushma Swaraj wrote, “Salute to courage, valour & sacrifice of our martyrs & heroes. #KargilVijayDiwas”

Locusts of two grams lick 35 thousand people in a day,...

What is E-Gram Swaraj Portal: PM Modi launched, it will benefit