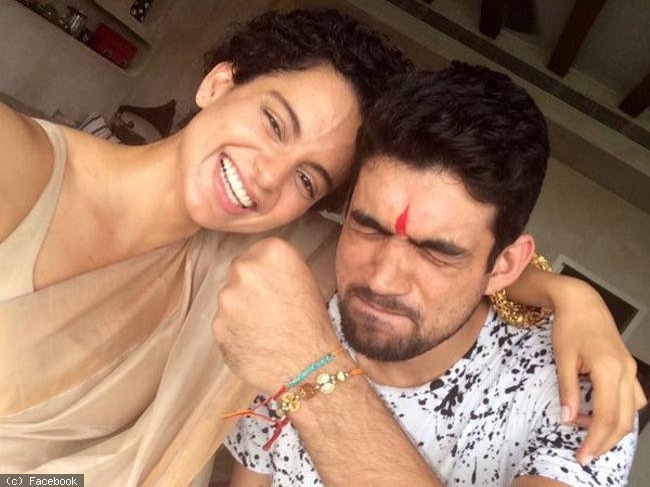 Bollywood star Kangana Ranaut is once again the target of opponents. Kangana Ranaut, one after the other, is getting caught in legal issues. 3 FIRs have been filed against the actress in the past 10 day. The latest case is contempt of court in which a fresh case has been filed in Mumbai on the ‘Manikarnika’ star. Kangana Ranaut, busy in her brothers’ wedding, is currently in Manali. Whereupon the actress has now hit out at the ‘Award Return Gang’ after a fresh FIR lodged against her. Not only this, the actress has also heard Aamir Khan very strongly.

The actress has written many tweets, ‘Candle march gang, award comeback gang look, this happens when The anti-revolutionary fascist speaks against the government. Not like you that no one asks. Look at me, my life has a meaning which I raised against the fascist government of Maharashtra. Not a fraud like you.

Candle March gang, award vapsi gang dekho this is what happens to anti fascist establishment revolutionaries, not like you all tumko koi poochta bhi nahin, look at me there is a meaning to my life fighting real fascist government in Maharashtra not a fraud like you all. https://t.co/xBMQjQJq39

Next, the actress wrote, ‘I worship Savarkar, Netaji Bose and the queen of Jhansi. Today the government is trying to put me in jail, which is making me believe that the path I have chosen is the right one. I am waiting to go to jail and will go through the same sufferings that my idols went through. This will give a meaning to my life, Jai Hind. ‘

I worship people like Savarkar, Neta Bose and Rani of Jhansi. Today the government trying to put me in jail that makes me feel confident of my choices, waiting to be in jail soon n go through same miseries my idols were subjected to, it will give a meaning to my life, Jai Hind?

Aamir Khan is also targeted
So, in the third tweet, the actress once again targeted Aamir Khan and wrote, ‘Like Rani Laxmibai The fort was broken, my house was broken, just as Savarkar ji was put in jail for rebellion, I am also trying my best to send him to jail, anyone going from the Intolerance Gang asked how much he has suffered in this internal country? aamir_khan ‘

As Rani Laxmibai’s fort was broken, my house broke, like Savarkar was jailed for rebellion. All efforts are being made to send me to jail too, some people going to the Internation Gang and ask how much they have suffered in this internal country @aamir_khan

Ever since the death of Sushant Singh Rajput, Kangana Ranaut has been continuously speaking about the film industry and the evils spreading in it. During this, the actress made fierce statements against the movie mafia, drugs mafia and Mumbai Police. After which BMC fired a bulldozer at the actress’s office in Mumbai. After this, the actress targeted CM Uddhav Thackeray of Maharashtra government. Since then, this fight has turned into Maharashtra Government vs Kangana Ranaut.