Amidst outbreak of Corona virus, Bollywood actors have started shooting for their upcoming films following the new guidelines of the government. After a long wait, the makers of John Abraham and Divya Khosla Kumar starrer ‘Satyamev Jayate 2’ have started shooting. Recently, Divya Kumar Khosla shared a photo from the set on her social media handle. In this photo, Divya Khosla Kumar, John Abraham and director Milap Zaveri can be seen posing. Divya is seen holding a clapboard on her Instagram story.

John Abraham in this photo forever Kareena is seen wearing a gray vest and white shirt while Divya Khosla Kumar looks quite stylish and beautiful in a white sari with matching blouse. While sharing the photo, Divya wrote, ‘Finally after a year long wait my film’ Satyamev Jayate 2 ‘went on the floor. I am extremely grateful for this opportunity. Thank you God, thank you, John Abraham, Milap Zaveri and Nikhil Advani. Thank you to all my dear fans and well wishers for your continued love and support. 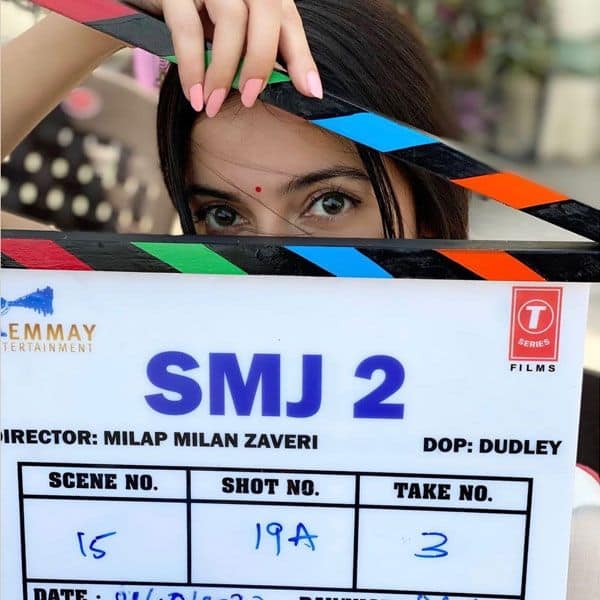 in the film Pathan opposite Shah Rukh Khan, this film by John Abraham 2018 is the sequel to ‘Satyameva Jayate’. The story of the film will be based on the misuse of power and the fight against injustice. According to a source associated with the film, the film will be shot in the palaces, schools and heritage buildings of Lucknow city. Later some parts will be shot in Mumbai. The team will be shooting in Lucknow for about two and a half months. Apart from John and Divya, the film will also feature other actors like Harsh Chhaya, Anoop Soni, Gautami Kapoor, Shad Randhawa and Sahil Vaid.