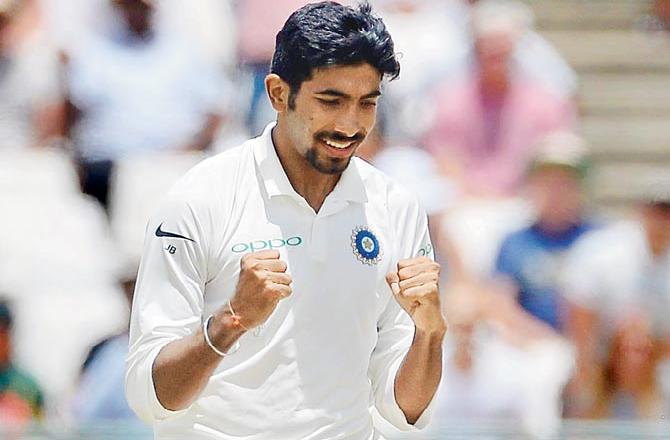 Jasprit Jasbirsingh Bumrah was born on the 6th of December 1993 in Ahmedabad, Gujrat. Bumrahs was born in a middle-class Sikh Ramgarhia family to Jasbir Singh, an industrialist and Daljit Kaur. Bumrah lost his father at the age of 7, after which his mother single-handedly raised him and his sister.

Jasprit did his schooling at Ahmedabad’s Nirman High School, where his mother was a principal. At the age of 14, young Jasprit decided that he wanted to become a cricketer. Jasprit’s childhood coach Kishore Trivedi, father of Gujarat medium-pacer Siddharth played a key role in his early development.

Kishore was adamant on Jasprit sticking to his action.  “There were many who felt that we should change his action but I was reluctant,” Trivedi told Indian Express. ” He is natural and there was no point in making drastic changes. It would’ve led him nowhere.”

Jasprit Bumrah’s action and his consistency with line and length with decent pace was the talk of the town. Within no time, selectors started to notice him and called him up for the Gujarat U 19 team.

Within the year, Bumrah moved up to the main Gujrat team and made his debut in the West Zone, Syed Mushtaq Ali Trophy. Gujrat went on to win the Syed Mushtaq Ali, with a little help from Bumrah’s 3/14 in the finals against Punjab.

In his T20 debut against Maharashtra, Bumrah picked up a late wicket as he finished with respectable figures of 1/20 in 4 overs. Gujrat won the match by 8 wickets. In months, Bumrah was playing for India U23 at the Asian Cricket Council Emerging Teams Cup at Singapore.

He made his List A debut for India U23 against Pakistan U23. While he did not pick a wicket; Bumrah again showed his control over conceding runs as he finished with 0/36 in 8 overs. India U 23s, featuring Suryakumar Yadav, KL Rahul among others, went to lift the trophy.

Bumrah showed his ability to tear teams apart with his accurate fast bowling on his first-class debut against Vidarbha. Bumrah picked 4 wickets in the first and 3 wickets in the second innings; decimating Vidarbha’s top order and deservedly won man of the match for his exploits.

His performances with the Gujrat Domestic team has not only paved his way to the IPL, but also the Men in Blue. Bumrah has enjoyed a long domestic career with 276 matches, in which he has picked 483 wickets.

John Wright noticed Bumrah’s raw talent and helped him make it to the squad of Mumbai Indians in 2013. Jasprit made his IPL debut for MI in 2013 and picked up 3 wickets against the RCB including that of Virat Kohli.

Bumrah played just two matches for the MI in IPL 2013. However, he was retained for a massive ₹1.40 crore next season.

Over the next two seasons, Bumrah’s appearances where limited. However, he chipped in with eight wickets in 16 games. Learning from the best is what has helped Bumrah become one of the best today. He has learnt a lot from Lasith Malinga, and now Bumrah has become the main bowler for the team.

Today, Bumrah and Malinga together are one of the most feared fast-bowling units T20 cricket has ever seen. Bumrah was a revelation in the IPL 2016 season.

Bumrah finished the 2017 season with his career-best of 20 wickets in 16 matches as MI lifted their 3rd trophy.

Over the next two seasons, Bumrah continued devastating batting units in the IPL. In IPL 2019, Bumrah picked 19 wickets Mumbai’s run to their 4th title and becoming the most successful IPL franchise.

In the 2022 edition of Wisden’s Almanack, Jasprit Bumrah is one of five players recognised as ‘Cricketers of the Year.’

And the Wisdon cricketer of the year are: