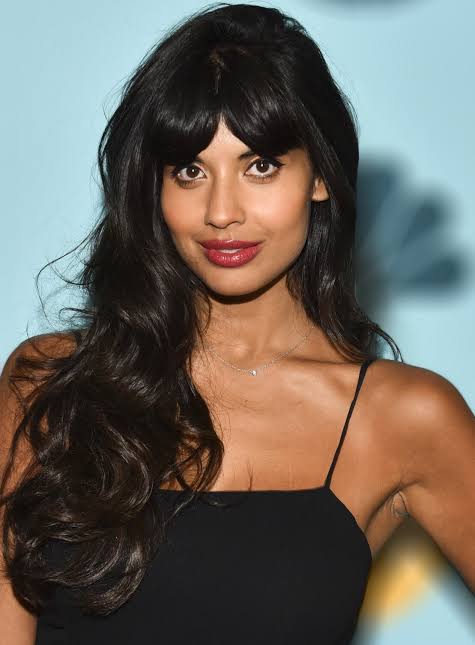 Jameela Ali Jamil is a British actress, radio presenter, model writer and activist she was the first solo female presenter of the BBC Radio 1 chart show. she began her career on Channel 4 where she hosted a pop culture series in the T4 strand from 2019 until 2012.

Jameela was born on 25th February 1986 in Hampstead,England to Indian father Ali Jamil and a Pakistani mother Shirin Jamil. She stated in 2015 that she was born with congenital hearing loss and labyrinthitis. She has also stated that as a teenager she suffered from anorexia nervosa and did not get a full meal between the ages of 14 to 17. She attended Queens college school in London but has stated she was unable to complete her A levels because of her one car accident.

Jamil appeared on music zone on E4 the youth channel owned by the channel 4 towards the end of 2008.she then begin presenting at channel 4’s youth slot E4 in 2009.In January 2009,when the previous presenter Alexa chung left the morning TV show freshly squeezed, Jamil succeeded her as co host,alongside Nick grimshaw.In 2010,Jameela presented The Closet an online Fashion advice show on the social networking side Bebo produced by Twenty Twenty television.

Jameela left London in 2016 and moved to Los Angeles with no plans of acting, instead intending to work as a screenwriter. While working as a writer at 3Art her agents told her that Michael Schur who co-created parks and Recreation was looking for a British actress for a new upcoming comedy series. She gave the audition without any experience and she was eventually given the role.

Jamil made her first American magazine cover on the February 2018 issue of the Cut. She provided her voice as a guest on the animated television series DuckTales. In 2018 Jamil joined the cast of Disney’s Indian inspired cartoon set in fictional Jabalpur, Mira Royal detective is expected to Air on Disney Junior channel in 2020 with Jamil playing Mira’s aunty Pushpa.

Jameela Jamil was one of 15 women selected to appear on the cover of the September 2019 issue of British walk “forces for change” by guest editor Meghan, Duchess of Sussex.

On 12 August 2019 Jamil was awarded advocate of the Year from the Ehlers-Danlos society.

Jameela received the “phenom” award from the 12th annual shorty Awards on 3 May 2020.

She also won the glamour award for radio personality.

Jameela has been in a relationship with a musician James Blake since 2015.