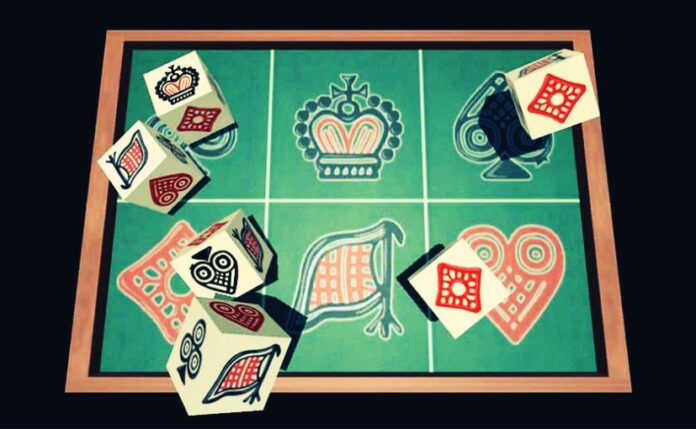 Jhandi Munda is originally a traditional game in India. It is a dice game and a game of chance that does not require many strategies. Similarly, this game is traced to have originated from the British Crown and Anchor game. The British sailors and the Navy enjoyed playing the game, which was later adopted by the Indian gamblers.

All you need to know about the Jhandi Munda game

Although the Jhandi Munda is not difficult to play, there is a need to know the nitty-gritty of the game before you can play it. As such, you find it easy to do all other things when you have an in-depth understanding of the game.

Jhandi Munda is a dice game played with six dice. At the same time, the six faces of each die have different images on them. The images are the betting options you can bet on once the dice are thrown. The images are Jhandi, Munda, Hukum, Paan, Chiri, and Eent. These symbols are synonymous with flag, crown, spade, heart, club, and diamond.

In some online casinos, the Jhandi Munda game is treated as the British anchor and crown game. You can find the Lankur, the symbol of an anchor, instead of Jhandi, a flag symbol. However, the game rule and mode of playing remain the same.

Tips on how to play the Jhandi Munda game

Jhandi Munda is quite a simple game, even for a novice to play. The game is commonly played at different Indian festivals. Traditionally, it is played on a canvas or a wooden board. The online version of the game seeks to maintain the same gaming environment to give you the best gaming experience.

There is another difference you might find between the traditional and the online version of the game. Some online versions of the game uses three dice instead of six found in the original game. Clearly, doing so is an attempt to increase the house edge in the game.

This means that every symbol has a chance of appearing at a throw. Likewise, a symbol can appear more than once at a throw, while some may not appear at all. For instance, if you bet 1000 Rs on two symbols and one of these symbols appears, you will be getting 1000 Rs and losing 1000 Rs simultaneously. If the two appear, you will get your 2000 Rs as a payout. However, if one of the symbols appears twice, you will be getting a double payout for that symbol. The payout system maintains such an order.

There are simple strategies you can apply in playing Jhandi Munda. You can choose either the low-risk strategy or the high-risk strategy. The low-risk strategy advises you to place a bet on 2 symbols at the same time. When you get one of the symbols, it covers the loss for the other symbols. If you are lucky to hit the two symbols or a symbol twice, you will be getting double your bet.

The high-risk strategy requires you to bet on one of the symbols amidst the six symbols. In most cases, this game requires 3 dice to be thrown. You will have 50% hitting your symbol, which seems like a reasonable guess if it eventually works out.